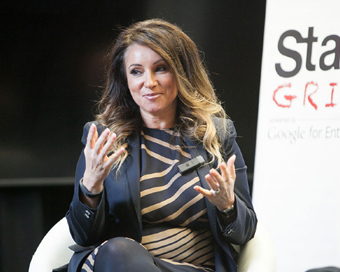 Ann Summers has revealed its store on Dublin’s O’Connell Street is one of the top two performing stores in the 144-store group across Ireland and Britain. The other store is based in Manchester’s Trafford Centre.

Increasing sales have been attributed to the ‘Fifty Shades of Grey’ effect, which saw a a 55 percent increase in website visits and sales of handcuffs rising by 66 percent since the film’s trailer was released. A spokesperson said that since the launch of the ‘Fifty Shades’ film: “we’ve seen a huge rise in footfall and sales both in-store and online”.

Accounts for the Irish business in 2014 have not been filed yet but the UK revenues exceeded £100 million in 12 months to the end of June 2014.

Ann Summers’ CEO Jacqueline Gold (pictured), spoke at the first ever WMB Conference & Awards and is recognised for her #WOW Twitter campaign, which supports female entrepreneurs.

The National Women's Council of Ireland's...