Welcome to WMB – WomenMeanBusiness.com – the business platform for working women. We are passionate about all things women-related. As we celebrate 16 years in business this year, our annual Conference and Awards celebrates and promotes female entrepreneurs and businesswomen, connecting women and recognising their contribution to the Irish economy and society as a whole.

Our business website: www.womenmeanbusiness.com offers a cornucopia of news, interviews, reviews, and advice specifically written for businesswomen and female entrepreneurs.

WMB was established by Managing Editor Rosemary Delaney in 2006. Borne of Rosemary’s passion, vision and drive, WMB continues to offer a dedicated space in which to highlight Irish and International businesswomen and female entrepreneurs.

We have four core values – we are Aspiring, Individual, Visionary and Passionate and these values are reflected in everything we do.

WMB is the only online offering on the Irish market dedicated to tackling the issue of gender in the workplace, to promoting Irish female entrepreneurs and to featuring inspiring female business leaders and role models. 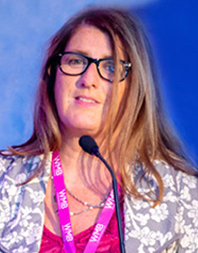 With over 20 years in the magazine industry, Managing Editor Rosemary Delaney is an expert in producing quality titles and, as an entrepreneur herself, has directly experienced the highs and lows of business. Not only can she talk the talk but she continues to walk the walk as an editor and businesswoman.

In 2011 she published her first book Women Mean Business: One Woman’s Journey into Entrepreneurship (Orpen Press) an honest, funny and insightful account of her career journey.

For 4 years, Rosemary sat on the board of InterTrade Ireland, the only cross-border organisation which boosts economic cooperation between Northern Ireland and the Republic of Ireland in order to achieve greater economic growth.

Rosemary’s Ten Commandments are:
1. Know your cashflows; expected the unexpected.
2. Only do business with blue chip clients. Better to be paid than to be stung.
3. Surround yourself with positivity.
4. Go out of your comfort zone, often.
5. Learn something new.
6. When you lose, don’t lose the lesson.
7. Throw down the ladder – women should support one another.
8. Open your arms to change, but don’t let go of your values.
9. Avoid procrastination.
10. Believe.

A snippet from Press coverage

– WMB was mentioned in an article in the Cork Independent: Cork Woman Means Business (04/10/2017)

– WMB was mentioned in an article in the Irish Independent: WomenMeanBusiness Holds it’s 11th Conference (02/10/2017)

– Rosemary was interviewed for an article in the Irish Independent: Why women are still banging their heads on the glass ceiling (09/04/2017)

– Rosemary was interviewed for an article in the Irish Examiner: You don’t have to run for president to be a super girl  (25/11/2016)

– Rosemary was interviewed for an article in the Irish Independent: No Shattering the Glass Ceiling (09/03/2016)

– Rosemary was interviewed for an article in the Irish Examiner: ‘Time is right for women to ask for that pay rise’ [07/02/2015] 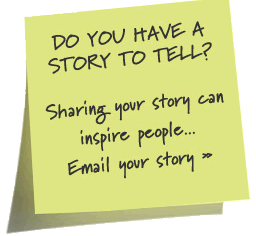 Loading ...
Manage Cookie Consent
To provide the best experiences, we use technologies like cookies to store and/or access device information. Consenting to these technologies will allow us to process data such as browsing behavior or unique IDs on this site. Not consenting or withdrawing consent, may adversely affect certain features and functions.
Manage options Manage services Manage vendors Read more about these purposes
View preferences
{title} {title} {title}