Nothing square about Claire! 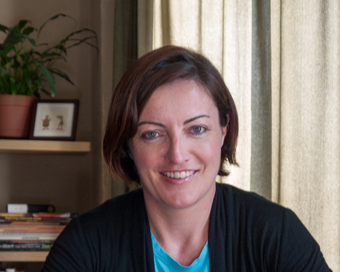 As a 12-year-old schoolgirl, Claire Keane’s home-made caramel squares sold out as soon as she brought them into the classroom.

So it’s no surprise that these days, she’s not only the owner of a thriving bakery in the USA but has also landed a partnership with ice-cream giant Häagen-Dazs, which has seen her chocolate-caramelised-oat ice-cream go on sale in thousands of supermarkets across that continent.

These days she’s a recognised artisan food producer with her own award-winning bakery, Clairesquares – but in fact, food was actually the last thing on Keane’s mind when she first decided to go into business.

The 39-year-old UCC graduate from Cork’s leafy Model Farm Road holds a Master’s Degree in Environmental Science from UCD. She started her working life in the environmental department of Fingal County Council while still in her early twenties.

However, in 1999, Claire decided to take off to funky San Francisco, where she worked with an environmental consultancy firm for nearly four years.  On a visit back to Ireland she re-discovered her love of baking which she’d inherited from her mother Kitty:  “I re-visited my mother’s recipe for caramel squares, and did a lot from Darina Allen’s books as well. “I re-discovered my old passion for baking – when I was at school in Mount Mercy in Cork I used to sell my caramel squares to my classmates. They sold out every time I brought them in!”

On her return to the States, Claire decided that it was time to get serious.  It was 2003 and she was facing the big 3-0:  “I was turning thirty and needed to do something with my life. I’d always wanted to start a business,” she says, adding that one of her top ideas at the time was a company selling gift baskets.  “Baking was the last thing on the list!”

The Business Of Baking

Somehow, though, the idea of those hugely popular caramel squares kept niggling:  “I went to the library and researched starting your own business,” she recalls.  The next step was to sign up at an entrepreneurship school:  “I did the classes, wrote the business plan and was put in contact with a business incubation programme for food producers.” By 2006 the enterprising Cork woman had landed her business licence and set up in the kitchen of a business incubator unit.

Clairesquares grew slowly but steadily as she learned how to scale up the recipe for those mouth-watering caramel squares.  Keane found her clients the traditional way – by going out and hustling for them!  “I started in the Farmer’s Markets. That opened the door to the stores, because they’ll try your product and you will get written up in a blog.”

“It’s a trickle process and I was constantly gaining.”  In 2010 she outsourced the production to a contract manufacturer. “That worked for about three years, but now we have production back in-house in a different kitchen.”  These days she’s sharing a bakery with another baker and working hard to meet a growing demand for her wares from speciality food shops and independent grocery stores.  “We also do catering for big corporate events,” she says.

Although her caramel squares, which come in milk and dark Belgian chocolate flavours, have been joined by other traditional Irish sweet treats – her special banoffee pie as well as buttery shortbread singles and chocolate oat bars – they remain one of her most popular offerings.

Made to her mother Kitty’s recipe, the squares were among the sweet treats chosen by Google for two years as one of its employee snacks.  And then… along came Häagen-Dazs and a whole new market opened up to Clairesquares.

The ice-cream giant looked at the USA’s top artisan food producers and selected an elite group with which to go into partnership to develop new flavours – and Clairesquares was one of the favoured few:  “We got our flavours developed into a product – mine is chocolate caramelised oat ice-cream”.  After launching on the shelves last April, it has been very popular.

“That has been a big boost – it opened up new opportunities in terms of consumer awareness and customer base,” says Claire, who maintains an office in the city and employs a staff of five at her bakery just outside San Francisco. “I’m very pleased with the way things are going,” she says, revealing that she plans to employ another two staff in the coming months.

“The opportunities provided by Häagen-Dazs were really unexpected. It’s been fantastic,” says Claire, who is currently in the process of launching three new products, Chewy Jammy Flapjacks (in raspberry), Mini Caramel Squares and her very own chocolate bars in a trio of white, milk and dark.

West Clare is not where you expect to find...