We are delighted to announce the 2021/22 WMB Awards judging panel.  Our judges will be considering completed applications received by deadline at which time the shortlist will be confirmed and finalists contacted.  The final winner in each Award Category will be announced at our annual WMB Conference & Awards on Monday May 16th, 2022 at Dublin’s Shelbourne Hotel. 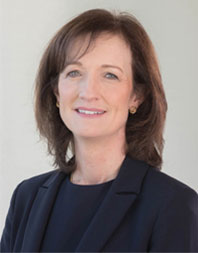 Deirdre Dunne is a partner and head of Business Development at Matheson.

Deirdre established the firm’s office in Palo Alto, California in January 1997 where she was resident counsel for seven years. During this time she advised North American companies establishing operations and conducting business in and through Ireland.

As head of Business Development at the firm, with extensive experience in practice, Deirdre leads the firm’s sales strategy. She is responsible for managing programmes to increase new business generation, support multi-jurisdictional client relationships, strategic sales planning and client relationship management. She is also responsible for client development, identifying clients’ requirements and ensuring the firm meets our clients’ needs and expectations. 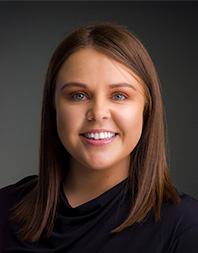 Rebecca Keenan is responsible for the development and delivery of Expleo’s Process Automation capabilities, which support clients in the deployment and scaling of automation solutions within their organisations.

For Expleo, she has built a Global Service Offering by developing a Methodology and Best Practice Approach to implementing and deploying automation solutions. She is also responsible for establishing and maintaining Expleo’s strategic relationships with software providers and regularly speaks at industry events providing real world insights into the challenges of deploying automated solutions.   Rebecca is passionate about diversity and inclusion in the workplace and as a leader in her sector, often speaks publicly about her experiences and the need for more women in technology. 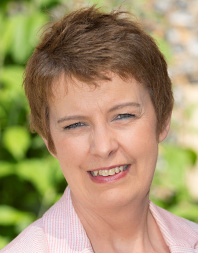 Deirdre Saunders is a Divisional Director with responsibility for Sodexo’s corporate services and education business in Dublin, Leinster and Northern Ireland.

Sodexo is one of Ireland’s leading on-site services providers. Deirdre’s role focuses on partnering with her clients and supporting them as they adapt their organisations to the new business and people needs of today, all the time ensuring the safety of people, which is at the core of Sodexo’s core values. Having joined Sodexo in 1999, Deirdre has held several senior management roles, and has a wealth of operational and leadership and industry experience having worked with clients in the Pharma, Financial Services, FMCG and Education sectors.

Deirdre is passionate about Diversity, Equity and Inclusion having previously led Sodexo’s SoTogether (formerly WomenWork) network in Ireland from its inception in 2008, latterly representing the UK&I regional network as co-chair until 2017 and today leads Sodexo Ireland’s Diversity & Inclusion network. Actively promoting the value and importance of role modelling, Deirdre is a passionate believer in the empowerment of women as a strategic business imperative and a catalyst of growth. 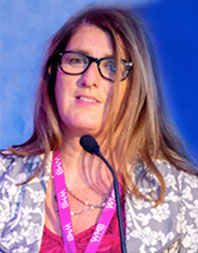 Rosemary Delaney has worked in media & publishing for over three decades.

She represented Magazines on the Press Council of Ireland and was previously Chairperson of the industry body, Magazines Ireland. In 2006, having reached the top tier in her industry, Rosemary took a leap of faith and launched WMB Publishing and the platform WomenMeanBusiness.com.The website is targeted at female entrepreneurs and businesswomen. WMB hosts the very successful annual WMB Conference & Awards, which celebrates the best female talent in the country. WMB, which is 15 years in business, also provides publishing consultancy to a number of blue chip clients.

In 2012, Rosemary’s first book was published by Orpen Press: Women Mean Business – One Woman’s Journey into Entrepreneurship. In 2014, she was appointed to the Board of InterTradeIreland for a period of four years.

Rosemary lives by the mantra which she borrowed from Walt Disney ‘If you dream it, you can do it’. 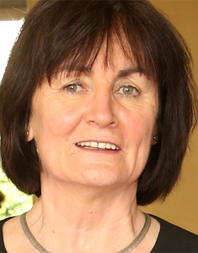 Una O’Hare is Chair of the Board of Directors of Ballet Ireland, the National Ballet of Ireland.

She is a former Managing Director of Irish Times Training, a wholly owned subsidiary of The Irish Times. Una was responsible for the delivery of over 55 open and in-company programmes. She had responsibility for Executive Education programmes with Ulster University and large scale Solas initiatives.

Una is a former General Manager of ireland.com, the website of The Irish Times and has held a number of senior management roles in Irish media companies. She is a graduate of NUI Maynooth and  University of Leicester and is a regular visitor at Boston College USA. 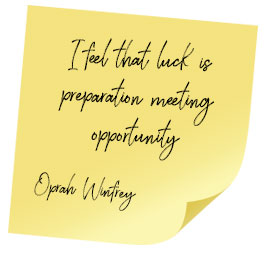 CONTACT / TERMS
Manage Cookie Consent
To provide the best experiences, we use technologies like cookies to store and/or access device information. Consenting to these technologies will allow us to process data such as browsing behavior or unique IDs on this site. Not consenting or withdrawing consent, may adversely affect certain features and functions.
Manage options Manage services Manage vendors Read more about these purposes
View preferences
{title} {title} {title}