Network Ireland to ‘Celebrate Success’ in 2023 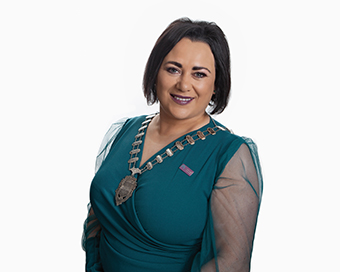 Kildare businesswoman Emma Early Murphy has taken up the role of National President of Network Ireland 2023, following the group’s AGM at the weekend.  She succeeds Galway’s Noreen McKenzie on this milestone year for the organisation as it celebrates its 40th anniversary.

An experienced entrepreneur, Emma founded the event design agency Balloon HQ in 2017 and runs it with her husband Noel and a team in Kildare.  She also set up The Power of U: Business Coaching, Mentoring & Consultancy in 2022.  She has more than 20 years experience in corporate sales, marketing and leadership roles across telecoms, retail and hospitality.  Her passion lies in working with people to help make a difference. She was Vice President of Network Ireland last year and President of the Kildare branch in 2019.

Emma is looking forward to working with Network Ireland’s 1,200 members across 17 branches nationwide.  She has chosen ‘Celebrating Success’ as the theme for her presidency and says it’s an important message, particularly as Network Ireland celebrates 40 years since its establishment.

“Over the last few years, Network Ireland has called on members to find the power within and believe in their abilities so I think it’s important for us now to celebrate all of our successes, big and small.

We’ve been through a very difficult period due to Covid and the economic downturn and we’re not out of the woods just yet so I want women across all professions to look at what they’ve achieved and how far they’ve come and to celebrate these wins.  It’s a big year for Network Ireland as we mark our 40th anniversary and this year will be about celebrating this milestone and the benefits of networking in business.  Network Ireland is here to support members on that journey.”

Emma is supporting two charities close to her heart during her term as President of Network Ireland –  Irish Motor Neurone Disease Association (IMNDA) and St Brigid’s Hospice in The Curragh, Co. Kildare.

Her priorities for 2023 are to focus on the national membership of Network Ireland through collaborations, workshops, corporate and educational partnerships, youth programmes and ultimately encourage more women to join the organisation.  As an experienced business coach and mentor, Emma is hoping she can inspire other women to follow their dreams if they’ve been holding back in the past.

Emma paid tribute to outgoing president Noreen McKenzie, “It was great to work with Noreen over the last number of years.  Network Ireland’s membership grew under her leadership last year and I plan to develop on the growth of the new branches this year.   Noreen was an incredible spokesperson for women in business and we all learnt from her experience and knowledge, particularly in the financial sector.”

Network Ireland is also proud to confirm its partnership with AIB is set to continue through 2023. Lorraine Greene, AIB’s Head of SME Market Engagement said, “AIB is delighted to continue as the official national partner of Network Ireland, especially in such a momentous year.

It is an incredible achievement for this important business group to reach its 40th anniversary and we celebrate the difference it has made to the lives of so many women in Ireland.

Business in Ireland has evolved so much over the 40 years and we look forward to working with Network Ireland and Emma as they continue to support women in business in 2023.”

Job Creation Ahead of Target...

The Minister for Enterprise, Trade and...

New Funding and Jobs for...

Irish tech-start up inclusio, has announced...