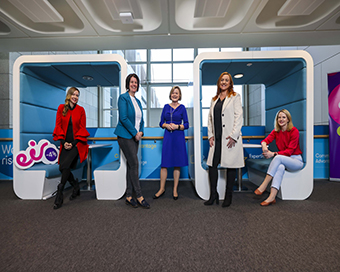 The gender pay gap at eir fell from 11.2% to 7.2% in 12 months following targeted measures. eir, Ireland’s provider of fixed-line and mobile telecommunications services, reduced its gender pay gap to just 7.2%, a more than one-third reduction from last year’s gap of   11.2%. The figures come from the company’s second Gender Pay Gap Report, published last month, which demonstrates eir’s success in closing the gap, through targeted measures, over the past year. 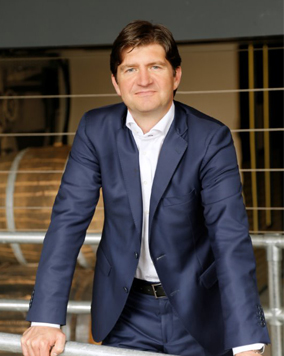 Oliver Loomes, CEO of eir, said: “At eir, we have a proud heritage as a great employer in Ireland and we are committed to ensuring that our workforce continues to reflect the diversity of modern Irish society for generations to come.

The tremendous success we have had in achieving a major reduction in our gender pay gap over such a short period proves the old adage true: what gets measured gets managed.

Alongside improvements in attracting and hiring talent, and new learning and development programmes, eir has aimed to make its workplace supportive of women. eir was one of the first companies in Ireland to provide both a fertility policy, which gives paid time off to employees undergoing fertility treatment, and a pregnancy loss policy, which provides paid leave to employees who have experience a loss of a pregnancy, and also offers supports for employees relating to menopause and domestic violence.

As women continue to be generally underrepresented in STEM education and jobs, eir has designed and launched an apprentice programme to help build a more diverse pipeline of talent, and in recent years has placed a much greater emphasis on attracting more women into these roles.

The company aims to continue its progress in closing the gap through enabling more women to progress to senior levels in the company with targeted development opportunities where there are areas of underrepresentation. eir also plans to foster a policy of promotion from within where possible, developing a robust succession planning process and building a culture of career development.

Specific initiatives to achieve ongoing reduction in the overall pay gap include:

The closing of the gender pay gap form’s part of eir’s inclusion and diversity strategy. As part of that strategy, the company made the decision last year to publish gender pay gap data for 2021, 12 months ahead of the legal requirement to do so, to provide greater transparency.

The report identifies the difference in the hourly wage of men and women, irrespective of their job, qualifications, experience or working pattern. Gender pay gap reporting is different from equal pay for equal value work, and is designed to capture the extent to which women are evenly represented across an organisation. A number of factors contributed to eir’s gender pay gap, including a higher percentage of male employees working in specialised engineering roles to build and maintain physical infrastructure and IT networks, with an average tenure of nearly 30 years, contributing to higher salaries.

CEO Oliver Loomes, commented: “Our success is driven by the performance of our people and maintaining an inclusive and diverse workplace is therefore key to that success. We recognise that there is more to do and, as I start my second year as chief executive of eir in 2023, I reaffirm my commitment to reducing this gap further in the coming years.

Equal opportunity for women and other under-represented groups is a vital part of our growth as a business and a society, and I have seen first-hand the benefits that diversity of thought and experience has in ensuring richer and more informed decision-making.”

IdeasLab at University of...

IdeasLab, the entrepreneurial and innovation...