Edel Creely Appointed to Auxilion’s Board 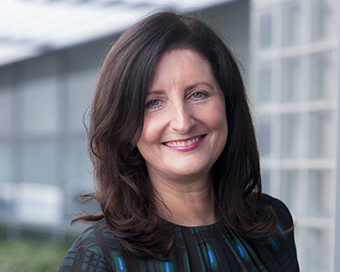 IT Services provider Auxilion recently announced the appointment of Edel Creely to its Board as an independent non-executive Director.

With over 30 years’ experience as an executive leader in IT software and services, Edel brings rich sectoral experience. Having co-founded Trilogy Technologies in 2009, which she successfully scaled organically and through acquisition as one of Ireland’s leading IT Managed Services providers, she led its acquisition by Arkphire Group in 2020.  Edel was a key member of the executive management team in the subsequent sale of the Group to US-based Presidio the following year. She now delivers independent strategic business consulting services to indigenous Irish companies with growth ambitions.

Edel has long been a strong advocate for Irish business. She was appointed to the board of Ibec in 2015, served as President in 2018 and now acts as Trustee. She was Chair of the Irish Software Association (now Technology Ireland) and has served on Enterprise Ireland’s Advisory Group on strategy for the software sector and the government’s ICT Skills Action Plan for Jobs Steering Group.

On her appointment, Edel Creely said: “I’m delighted to join the board of Auxilion (including I.T. Alliance Group) during such an exciting period in the company’s history. With a solid track record of IT service delivery to customers across Ireland and the UK for over 25 years, the Auxilion team remains committed to innovation, delivery excellence, and defining the future of IT consultancy and managed services. Importantly, there remains a huge ambition for growth, especially in the UK where an acquisition is very much on the cards.

“I am thrilled to support Philip Maguire as he continues the Auxilion journey. He’s built a fantastic team and culture and I am excited to support them as they continue to deliver on their future strategy to drive even further growth and create real impact for their customers.”

Arthur Cox has recently announced the...