A Sporting Chance in Business! 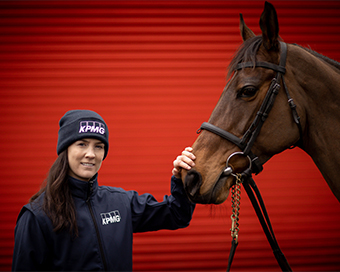 KPMG, a long-time supporter of women’s sport, has partnered with the 30% Club Ireland, a global campaign supported by Chairs and CEOs who are committed to better gender balance at all levels of organisations in Ireland, to release unique research documenting Irish businesswomen’s attitudes toward the role that sport has played in their professional development.

The research, commissioned by KPMG and conducted by iReach, emphasises the importance of sport in the daily lives of Irish businesswomen.

The study was conducted entirely with key female decision makers in businesses nationwide, with 75% of respondents citing that they have participated in sport at some level. This state increases to 90% participation in sport for CEOs.

The research uncovered some interesting insights, with 88% of those surveyed believing that the skills they have learned through sport are transferable to the workplace. Teamwork (90%), confidence (86%), and self-belief (63%) were all cited by those surveyed as some of the top skills they had developed through their participation in sport that are transferable to a career. 69% of those surveyed meanwhile believe that they perform these skills better in the workplace due to their participation in sport. 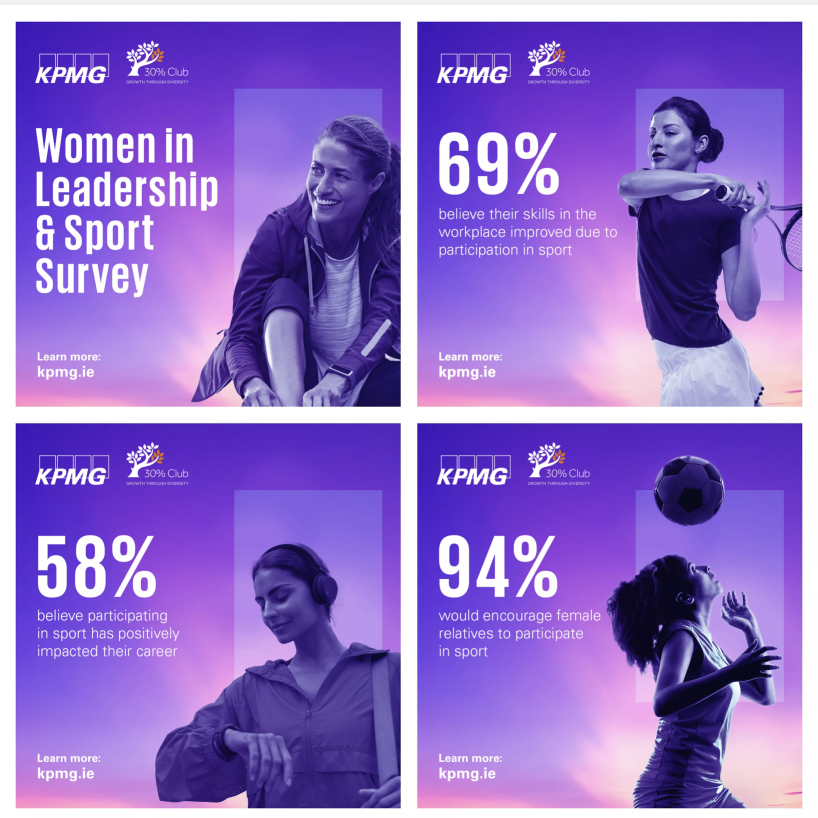 Additional findings from the research include.

•58% believe that participating in sport has positively impacted their professional career.

•45% of those surveyed stated that they look to see if participation in sport is included on a CV when hiring a new staff member.

•3 in 4 women surveyed say sport is useful for networking or business development, while

The full findings of the research was presented at a special event recently at KPMG’s Platform X studio in Dublin, in partnership with 30% Club Ireland supporters.  It featured an exciting line-up of panellists to include Vera Pauw, Manager of the Irish Women’s National Football Team, Mary O’Connor, CEO of the Federation of Irish Sport, Paul McCabe, Chief Operating Officer of VLE Therapeutics Ltd and member of the 30% Club Ireland Steering Committee and Sinead Aherne, KPMG Director and All-Ireland winning captain of the Dublin Ladies Football team and St Sylvesters.

The publication of this research is an extension of KPMG’s ongoing commitment to the development, advancement, and empowerment of women’s sport in Ireland. Having previously supported the 20×20 campaign, KPMG has strived to create a #LevelGround between women’s and men’s sport through its continued support of the Dublin Ladies Gaelic Football Team, KPMG Women’s Irish Open, Leona Maguire and Rachael Blackmore.

Speaking about the release of the research, Rio Howley, partner in KPMG said: “KPMG is delighted to be involved in carrying out this research. We have seen first-hand the impact that sport has on the lives of women in this country through our sponsorship of the KPMG Women’s Irish Open in 2022 and previous Women in Sport initiatives like the 20×20 campaign.

We are thrilled to see how sport has influenced the careers of so many women in business, and we hope that those who see these results will be encouraged to participate in sport – regardless of standard or level – so that they, too, can advance their careers and reach their full potential.”

Meliosa O’Caoimh, Country Chair of the 30% Club added: “We welcome this new and interesting research which supports the importance of broader competency development for senior leadership, and which reinforces once again the value of inclusion and equal participation for boys and girls – in education, in sport and ultimately into leadership roles.”

In addition to its support of women’s sport in Ireland, KPMG also works to inspire greatness amongst young Irish talent through its vision for learning and empowering people to reach their full potential and be extraordinary. As part of this vision KPMG, along with Enterprise Ireland support the award winning Going for Growth programme which helps ambitious female entrepreneurs in achieving their growth aspirations.

For more information on this research you can visit here>>