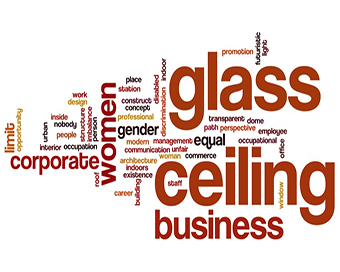 The majority of workers in Ireland believe that a glass ceiling exists for women in the workplace, a new survey by Matrix Recruitment has revealed.

The 2022 Workplace Equality Survey found that almost 97% of workers feel that there is a ‘glass ceiling’ for women when it comes to their career, and more than half (56%) believe men have more promotional opportunities.

Now in its fifth year, the 2022 survey of more than 2,700 adults covers a wide range of workplace issues including gender pay gaps, discrimination, racism and workplace bullying.

Only one in five (19%) respondence believe that promotional opportunities in the workplace are equal for both men and women.

However, of those who say that a glass ceiling exists for women, a third (36%) believe that things are improving slowly.

When asked whether they agree with the concept of gender quotas in the workplace, the vast majority of respondents (88%) agreed that gender quotas should be enforced when appointing senior management and board directors (73%). 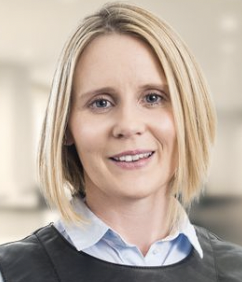 “Gender quotas can reduce gender wage gaps, lead to more flexible work options and allow for more diverse perspectives and better working conditions for everyone. The findings in this survey are particularly timely, following the introduction of the Corporate Governance (Gender Balance) Bill to the Dáil which, if enacted, would require companies to have at least 40% of each gender on their boards,” says Breda Dooley, Regional Recruitment Manager at Matrix.

The survey found that three in four (71%) workers have experienced some form of discrimination in their place of employment, a 54% increase on last year’s findings (46%, 2021).

Of those who have experienced prejudice in their workplace, ethnic discrimination was found to be one of the most common forms, identified by 30% of respondents.

Other key areas of discrimination identified by respondents included:

•exclusion from activities because of age (21%) and

73% of workers surveyed believe that Ireland’s workplaces have a problem with racism and almost half (44%) agree that ethnic minorities have fewer promotional opportunities than their colleagues.

Just a quarter (25%) believe that ethnic minorities have equal opportunities.

This is a well-recognised problem and work by employers is underway in an effort to reduce and ultimately wipe out discrimination from the workplace with more than three quarters (77%) of people surveyed saying they have undergone training at work on issues relating to equality and discrimination. This is up significantly on last year’s figure of just 39% who had undergone training.

Commenting on the data, Breda Dooley of Matrix Recruitment says: “Any form of discrimination or harassment is totally unacceptable, and our most recent findings show that it continues to manifest in the workplace, despite the strict laws in place to protect workers.

No one should have to put up with any sort of discriminatory behaviour and we encourage victims to address the problem with a manager or trusted colleague.”

Bullying in the workplace was identified as a problem by the majority of respondents (91%).

In fact, almost three quarters (73%) say they have witnessed or have been the victim of bullying or harassment in a work-based setting.

Of those surveyed who said that they were bullied or witnessed bullying:

With remote and hybrid now the norm in many workplaces, Matrix Recruitment’s research spotlighted the alarming finding that 53% of bullying incidents (experienced or witnessed) had taken place in a remote or virtual setting.