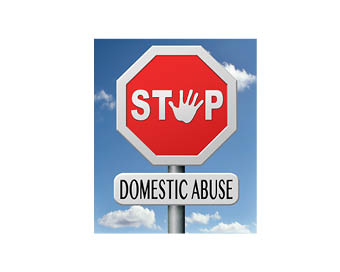 On Monday 6th February 2023, leaders in Irish society, including high-profile actors, activists and entrepreneurs will join forces with the public to raise awareness about the issue of domestic abuse in Ireland. The new initiative led by Allianz Insurance and Women’s Aid, entitled ‘Stand Strong’, will be an annual movement to engage, educate, and empower the people of Ireland to help raise awareness of the issue of domestic abuse and drive for zero tolerance while raising much needed funds to support the work of Women’s Aid.

Speaking at the launch of the campaign is Ailbhe Smyth, campaigner, activist and current chair of the Women’s Aid board of directors said:

“With one in every four women in Ireland impacted by domestic abuse, now is the time for action.

As a founding signatory to the ‘Stand Strong’ movement led by Allianz and Women’s Aid, I feel I have an effective platform to raise awareness on the issue. The national day of action to take place on the February bank holiday will be an important opportunity for the wider Irish public to play their part in supporting those subjected to abuse and help raise awareness of this pressing societal issue.”

In society as a whole, there has been a national cry in recent years for greater efforts to be made to tackle the issue of domestic abuse, with 90% of the people agreeing we need to take the issue more seriously as a society according to new research. The research, which was conducted by Red C*, assessed the attitudes of the Irish population towards domestic abuse, revealing some hard-hitting insights.

Despite 3 in 5 claiming to know someone who has experienced abuse, the findings highlighted a number of perceived barriers faced when it comes to taking action on domestic abuse, with younger cohorts least knowledgeable on the options and services available for domestic abuse survivors, while older cohorts fear making the situation worse, being wrong, or not knowing what to say. Most common barriers reported stopping people of all ages taking action to help a friend or family member suspected of being in an abusive relationship include fear of making things worse for the person being abused (70%), fear being wrong about the situation (44%) and worrying about what will happen to themselves if the perpetrator finds out (31%).

“The results from this research show we need to empower people to take action. The ‘Stand Strong’ movement aims to break the silence on domestic abuse in Ireland and give people across the country the opportunity to come together as one to take a stand against domestic abuse.

It’s an important first step in a much greater drive to empower those subjected to abuse in Ireland to have their voice heard”.

Speaking on the work Allianz is doing to help Women’s Aid through this campaign Allianz Chief Customer Officer, Geoff Sparling, said: “The ‘Stand Strong’ movement seeks to raise greater awareness of domestic abuse and provide a platform for the public to show their support of those impacted by abuse as well as their zero tolerance stance on the overall issue.

This campaign will help deliver a platform for change, and showcase to those subjected to abuse that they are not alone.

It is our hope that the movement will also raise much needed funds for Women’s Aid to help them continue to support women and children subjected to abuse across the country.”

Google Gets Behind Ireland's...

Google Ireland recently announced that its...