NWC: ‘It is high time for a referendum on care’ 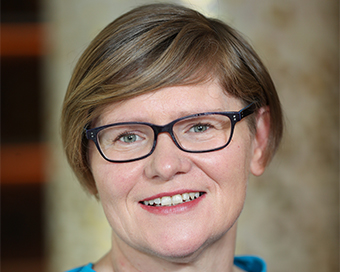 Last Thursday, 15th December, the Oireachtas Committee on Gender Equality published their recommendations after hearing from the Citizen’s Assembly. You can read more here>>

As a result, the National Women’s Council (NWC) calls on the Taoiseach and Tánaiste to publicly support the report of Oireachtas Committee on Gender Equality, which has called for a referendum on gender equality, family, and care.

The NWC has strongly welcomed the Oireachtas Committee on Gender Equality recommendation to hold a referendum to amend Article 41.2, the so-called “women in the home” article, to recognise the intrinsic importance of care and care work for our society. The Committee recommended that 41.2 should be deleted and replaced with language that is not gender specific. Crucially, their proposed text, if accepted in a referendum, would also provide for the State to take reasonable measures to support care within and outside the home.

NWC now calls on the Taoiseach and Tánaiste to publicly support the report, which is hugely progressive for gender equality and is the result of an inclusive and intersectional process, and to commit to a timeline for implementing the Committee recommendations.

Speaking at the Committee announcement on Thursday, NWC director Orla O’Connor said: “Across our lifespans, we all both give and receive care. It is a deeply fulfilling and necessary human experience. As a society, we must not only properly value and remunerate the work of people who provide care, but we must recognise the rights of those who need support, including disabled people, older people, and those experiencing illness.”

NWC also strongly welcomes the recommendation that the referendum, if accepted, would amend the Constitution to provide greater protection for gender equality and for non-marital families. We call on the government to consider these three recommendations and set a date for a referendum.

The Citizens Assembly provided an excellent roadmap and NWC welcomes the comprehensive Oireachtas Committee report, including welcome recommendations on care across the lifespan, social welfare and pensions, and women’s representation.

Care across the lifespan

While recent reforms have delivered important progression towards a publicly funded model of childcare, we welcome the really strong recommendation of the Committee on a universal, public model of childcare. The Committee’s recommendations on enhancing paid parental leave will help parents to stay connected to the workforce. The Committee’s recommendation to ensure lone parents are entitled to the same total leave as parents in couples is especially welcome. We strongly welcome the recommendations to improve the pay and working conditions of care workers as well as the focus on person-centred supports so that disabled and older people can live lives of dignity and independence.

NWC strongly welcomes the recommendations to extend gender quotas to local, Seanad and European elections and to Boards. We commend the Committee for making intersectional recommendations on including, for example, ethnic minority women, Traveller women, and disabled women to tackle the lack of diversity in elected office.

Kirby Group Engineering has announced it...