Sex Differences in the Dark Triad are Sensitive to Socioeconomic Conditions

Posted In: Be In The Frame | International Focus 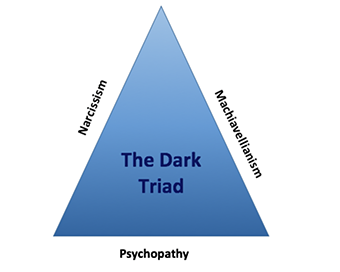 Men and women have more similar levels of ‘dark’ personality traits when they are faced with harsh economic conditions, a new study has revealed.

women scores on “dark” personality traits increase when faced with challenging circumstances – possibly in a bid to change their situation.

The research was led by Queen’s University Belfast researcher Dr Kostas Papageorgiou from the School of Psychology. He explains: “It is well-known that males report higher scores than females on the dark personality traits.

What is a less-known fact is that the magnitude of sex differences in dark personality traits is not fixed but is influenced by wider socioeconomic conditions.

This could be an attempt to change their social situation, for example, so that they could earn more money. This results in less differences between males and females who have dark personality traits.”

The study used three large cross-cultural samples of 5,854 people from the UK, Greece and China. Participants were asked to report their age, sex, and current annual income and were asked questions to assess their levels of dark personality traits.

The three countries differ substantially on the Human Development Index (HDI), which indicates a country’s economic, political, educational, and health conditions. Socioeconomic conditions were ranked high in the UK, moderately high in Greece and medium in China.

The study found that:

•In China, which scores the lowest in HDI out of the three countries assessed, women were identical to men on narcissism

•Generally, differences between males and females on dark personality traits were smaller in China than Greece and the UK. They were also smaller in Greece than the UK

•In less developed countries with lower incomes, people scoring higher on narcissism and Machiavellianism were more likely to have higher incomes

•Generally, in the UK and China older people scored lower on all the dark traits but in Greece this pattern was only observed for psychopathy

The findings also show that of the three traits assessed, narcissism appears to be the most common strategy for females facing tough conditions. Narcissism also appears to be the trait that people use to adapt to their social situation. The research highlighted that in Greece and China, those who scored higher on narcissism had higher income.

The research findings have been published in journal Current Psychology.

“Living in a harsh condition, people, especially women, may become “darker” so as to survive and even thrive.

This is particularly relevant in these years, as the COVID-19 pandemic and the economic downturn have made it a hard time for most people.”

Co-author Professor Yulia Kovas from Goldsmiths University London, commented: “All human traits are a product of evolutionary forces. All people have some degree of Machiavellianism, narcissism and psychopathy, with individual differences in these traits resulting from complex genetic and environmental factors. Our study shows that economic conditions may also play a part in the observed differences.”

Matheson has announced the 2022 launch of...