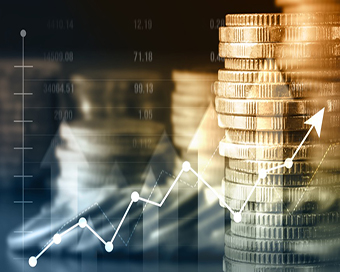 The Ireland Strategic Investment Fund (ISIF), which is managed and controlled by the National Treasury Management Agency (NTMA), recently announced its ambition to invest a minimum of €50m over the next two years through private equity firms that are majority owned by women. ISIF is inviting these firms to apply for ISIF investment, subject to meeting ISIF’s unique double bottom line mandate of generating a commercial return while seeking to support economic activity and employment in Ireland.

By establishing an ambition for investing in female-led investment opportunities, ISIF is seeking to demonstrate its commitment to addressing gender inequality and promoting greater diversity at senior levels – both within ISIF and in the companies and funds in which it invests.

ISIF believes the initiative may be particularly attractive to recently-established investment firms, which typically take a number of years to gain traction as some potential investors may require them to demonstrate a multi-year track record prior to committing funds.

Attracting ISIF investment while at an early stage of their development may accelerate the ability of recently-established firms to attract co-investment from other sources.

The investment ambition is being set at €50m initially but may be increased in line with demand from qualifying investment firms.

The initiative aims to build on existing measures by ISIF to drive greater female participation at senior levels within the financial sector. These include establishing a dedicated programme to measure female representation at leadership positions within the ISIF portfolio, including the extent of female participation on Boards, at CEO level, and investment decision-making level.

This programme has demonstrated that:

•ISIF investee companies have c. 13% female representation at Board level.

•11% of ISIF investees companies are led by female CEOs and 5% have a female Chairperson.

ISIF is actively encouraging its investees to address this gender imbalance.

Nick Ashmore, the Director of ISIF, said: “Women have been under-represented at senior levels in finance for too long and this initiative reflects our commitment to changing that. Only 5% of managing partners in EU venture capital funds are women, while women make up about 15% of general partners at US venture capital firms.

Greater female participation in the sector is essential to economic activity and employment in Ireland and ISIF, as one of Ireland’s biggest investors, is in a unique position to develop creative ways to accelerate this.

ISIF is serious about supporting female-led private equity and venture capital firms that can work with us in deploying capital on a commercial basis in support of our ‘double bottom line’ mandate. Greater diversity is good news for everyone working in the sector, for investors, for the quality of investment decision-making, and for our wider society.

This fund will match substantial capital with highly-skilled women who have the ability and the ambition to invest it for our collective gain.”

The fifth annual report of the Balance for...