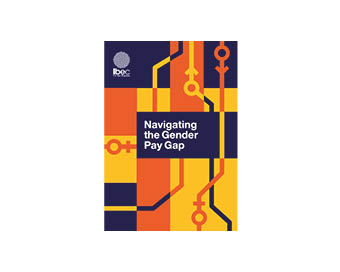 Ibec, the group that represents Irish business, has published a new guidance report to support businesses in gender pay gap reporting. It comes as mandatory Gender Pay Gap reporting requirements for employers with 250 or more employees will commence next month.

The main focus of this guide as distinct from any other is that it shows employers how to interrogate their data and consider appropriate actions to address their gender pay gap. As the report outlines, it is important to understand that gender pay gap reporting does not indicate discrimination or bias within an organisation, or even an absence of equal pay for equal value work. What it does report is a gender representation gap and whether women are equally represented across an organisation.

As the Ibec report highlights,

gender pay gap reporting alone will not identify or solve the myriad of structural, cultural and policy causes for the differences in participation rates and the significant employment gaps between the genders embedded in the socio-economic makeup of the country.

Rather, gender pay gap reporting must be seen as an important first step in delivering the insights and data needed to accelerate the necessary actions to enable more targeted interventions by all stakeholders.

Speaking at the publication of the guide, Ibec Head of Social Policy, Dr. Kara McGann outlined: “It is clear that despite women making up over half the world’s population, they are not fulfilling their potential in measured economic activity, growth and competitiveness, with serious macroeconomic consequences.

“A gender pay gap figure is a point in time, the culmination of a variety of decisions and choices made by individuals, organisations and society over many years. It does not indicate discrimination or bias, or even an absence of equal pay for equal value work – but it does report a gender representation gap and will capture whether women are equally represented across the organisation – so for example if women hold more of the lower paid jobs in the organisation than men, the gender pay gap is usually bigger.

“The true value of gender pay gap reporting is what actions will be taken to tackle the causes and influence change in the outcome.

The gender pay gap figure should be seen as a starting point rather than a destination, and an opportunity to create a more equitable workplace for all.”

The national gender pay gap in Ireland, is estimated to be 11.3% according to Eurostat figures (2019) compared to an EU average of 13%.

Workplace Stress During the...

A study conducted by researchers at Maynooth...

InterTradeIreland has announced that in the...