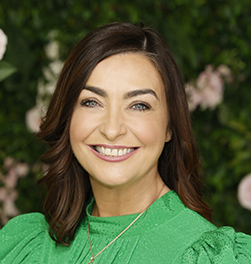 It was a great weekend for Meaghers Pharmacy Group as it won multiple awards at the AIBMS Retail Excellence Ireland Awards 2022 and the Irish Tatler Women of the Year Awards.

The Retail Excellence Awards took place at the Galmont Hotel in Galway on Saturday night. The award was judged on feedback from employee engagement surveys. Meaghers Pharmacy faired best when the entrants were compared against the benchmark average.

Separately, Meaghers Pharmacy Group owner and Managing Director Oonagh O’Hagan was named Woman of the Year Business at this year’s  Irish Tatler Women of the Year Awards hosted in Dublin.

“It’s such an honour to receive both these awards on what was a great weekend for the group. Being named Retail Employer of the Year by Retail Excellence Ireland was particularly gratifying as it shows that our staff enjoy working for Meaghers. A massive well done to our HR manager Michelle Ryan and her team for putting our people at the core of everything we do. I am so proud of our team at Meaghers and the lengths they go to every day to make a difference in the communities we serve.

“Personally, it was an incredible honour to have been named Woman of the Year Business by Irish Tatler. I may have collected this award, but I see it as recognition of the top-quality people-first approach of the entire Meaghers team. I’m just one member of an incredible group of passionate and dedicated people working together to make a difference in our communities every day. It is a privilege to get up each morning and work with a team that value the health and well-being of our customers. The honour goes to their commitment, and I look forward to celebrating with them.”

Last week the government approved the...