The UK Economy is Losing Billions due to Gender Imbalance 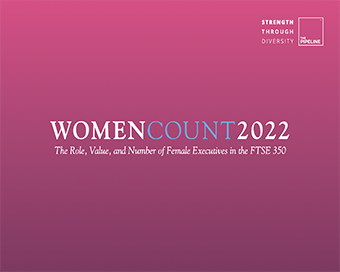 A new report released by The Pipeline reveals that gender imbalance throughout FTSE 350 companies is costing business dearly, with billions of pounds and the equivalent of 2.5% of UK GDP lost because of lack of gender diversity.

The seventh-annual Women Count 2022 report looks at the role, value, and number of female Executive Committee members in Britain’s top 350 companies. It found that having more women on Britain’s Executive Committees could yield an additional £58 billion to the UK economy, equivalent to the UK’s school’s budget and more than defence or policing.

Women Count 2022 is a major annual report that looks into the number of women on Executive Committees in the FTSE 350. It has tracked the gender diversity of British Executive Committees for the past seven years and found that progress towards equality is glacially slow.

A shocking 96% of CEOs in the FTSE 350 are men, revealing the huge gap between men and women at the top of British businesses, despite entry level recruitment often being close to 50:50.

The result is that businesses are excluding the energy and talent of more than half the population. 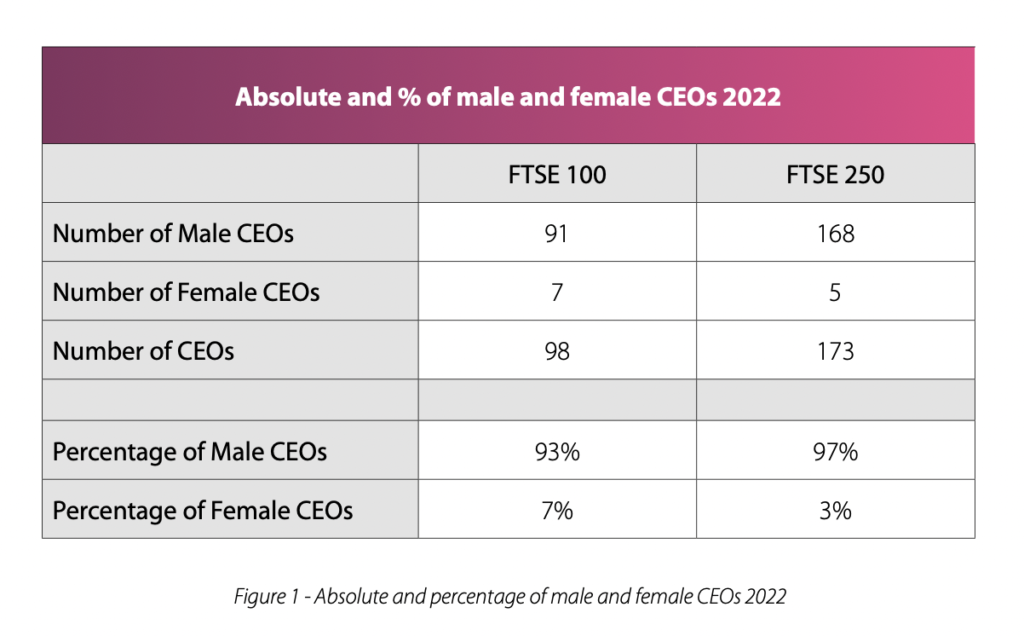 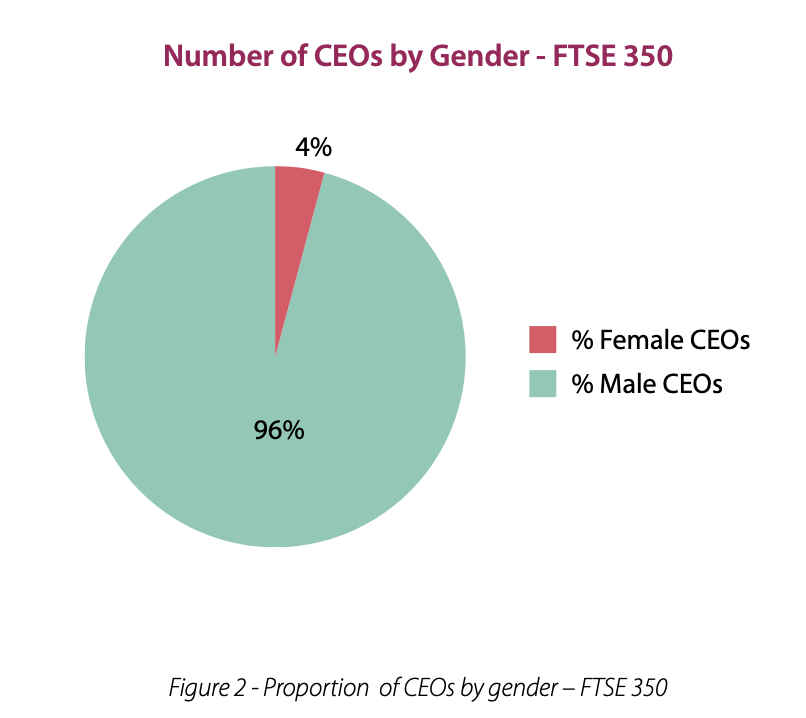 The pipeline to CEO in the FTSE 350 is therefore dominated by men. On average, three-quarters of the members of Executive Committees are men, and a quarter are women. Three out of four executives working their way up to CEO are men, looking upwards to other men for leadership, guidance, and promotion.

The report also found that:

•74% of Executive Committee members are men

•Companies with female CEOs are over four times more likely to appoint women executive directors onto their main board than companies with male CEOs. The proportion of female executives on the main board of a company with a female CEO is 63% compared to 14% where the CEO is male

•The business-critical role of Chief Financial Officer (CFO) is far more likely to be filled by a man than a woman: in the FTSE 350, 82% of CFOs are male

•Women are still not being promoted to key profit and loss roles: in the FTSE 350, 84% of P&L roles are filled by men while nearly half of FTSE 350 companies have zero women in P&L positions 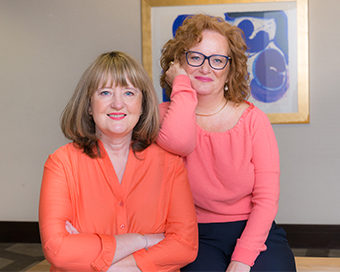 The authors of the report, Lorna Fitzsimons and Margaret McDonagh, said: “Today’s senior business leaders face unprecedented headwinds of economic turmoil, disruption to supply chains, rising commodity prices, and labour shortages. No generation of CEOs has ever confronted such a range of challenges at the same time. And yet we, as an economy, are wilfully missing out on a source of profitability, talent and innovation which is readily available within the system.

To continue to systematically exclude women from senior management in top firms is an act of unbelievable folly.

The tragedy is not just for individual women who are blocked from fulfilling their full potential. The real tragedy is that businesses are cutting themselves off from a pool of talent and innovation, and forgoing an additional 2.5% growth in GDP. It is now unarguable to state that businesses with diverse voices at the top, across gender, race and class backgrounds, do better.

Our message is simple: recruit, retain and promote more women. If you want to prosper, take a hammer to the glass ceiling in your firm. Don’t just talk about it, act.

The good news is, when companies make the necessary changes towards gender equality, they often see the benefits immediately.”

Guide for Unions Launched on...

“Despite decades of treaties and...