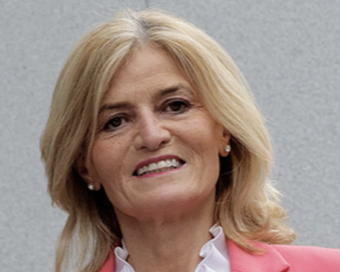 Following the announcement earlier this year of his intention to step down as CEO of IDA Ireland in early 2023, Martin Shanahan has tendered his resignation from the Agency and will commence a period of garden leave effective from today, 26th October 2022.

Today, Grant Thornton Ireland announced his appointment as Partner, heading up the firm’s Industry and FDI activities in a key strategic move to drive ambitious growth plans in Ireland and internationally.

The Board of IDA Ireland has appointed Mary Buckley as interim CEO with immediate effect (26th October 2022).

Mary is currently Executive Director of the Agency a role she has filled since 2015 and is a member of the Executive leadership team.  She brings with her extensive organisational experience, having previously held a number of leadership positions overseas, at HQ Dublin, and regional locations for IDA Ireland.

An international competition to fill the role of CEO of IDA Ireland will commence immediately.

A new intake for the Sport to Start-Up...