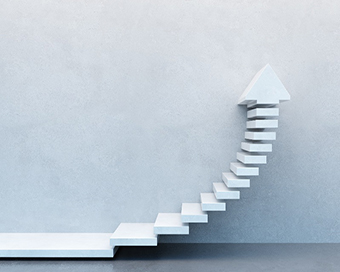 Going for Growth is accepting applications for the 15th year of the award-winning business development scheme for female entrepreneurs.

The programme, which is supported by Enterprise Ireland and KPMG, assists ambitious female entrepreneurs to achieve their growth ambitions and the deadline for applications for the 15th cycle is Friday, November 18, 2022

Going for Growth has seen more than 850 businesswomen take part over the past 15 years.

Some of the past participants include Aimee Connolly of Sculpted by Aimee; Áine Kerr of Kinzen; Jennifer Corley of Equitrace; Louella Morton of TestReach; Tara Beattie of Mange Tout and Prepsheets.com; and Vanessa Creaven of Spotlight Oral Care. (Details of these and others are in the end notes)

Going for Growth, which was launched in 2008 to help women drive their business forward, has been repeatedly recognised by the EU, OECD, and European Institute of Gender Equality as a key initiative in the effort to foster greater ambition among female entrepreneurs and to support their growth aspirations.

Fifteen years ago, Global Entrepreneurship Monitor (GEM) research clearly showed that men were more ambitious than women in respect of their new businesses – 5.5 times as many men had growth aspirations.

The most recently published GEM research (July 2022) shows there is an increasing number of women starting businesses, about 1,400 every month. Even more importantly, the proportion of those with growth aspirations has significantly increased; this ratio now stands at 2.5:1, with an increasing aspiration for growth evident among female entrepreneurs.

Continuing the work to help women achieve their business growth ambitions, the call has gone out for applications for the next group of Going for Growth participants to take part in the 15thcycle of the programme.

Up to 60 places will be available and organisers are seeking applications from female entrepreneurs across all sectors who are strongly focused on growth. The deadline for applications is Friday, November 18, 2022. There is no charge for those selected and the six-month initiative will begin in January 2023.

The 14th cycle of Going for Growth reported significant results for its 57 participants. Combined turnover increased from €35million at the start of the cycle to €43m by the end, a 23% increase in just six months. Their combined workforce increased by 41 people over the cycle, while 27 participants began exporting their products and services for the first time.

Feedback from the previous cycle was also extremely positive, with 88% of participants saying that their involvement brought about practical change within their business and 93% saying they felt nearer to achieving their ambitions. All participants said they would recommend Going for Growth to others.

That support does not end on completion of the six-month cycle, with most past participants becoming part of the Going for Growth community. Going for Growth alumni can apply to participate in the Continuing the Momentum programme, which offers Lead Entrepreneur-facilitated roundtables to those looking to continue their growth journey, with the aid of peer support, focused goals, and milestones.

National Director of Going for Growth, Paula Fitzsimons, said:  “Going for Growth has recognised from the outset that it is not just about the numbers of men and women that are starting a business that is important. That is only one part of the challenge. The other challenge relates to the potential impact of the entrepreneurial effort of those men and women, not only in the early days but over the life of the business.

“The objective of Going for Growth is to encourage female entrepreneurs to become more ambitious; to support them to achieve their growth aspirations; and to realise the full potential of their businesses, on Irish and export markets, throughout the lifetime of their business.”

Getvisibility – a Cork-based company that...