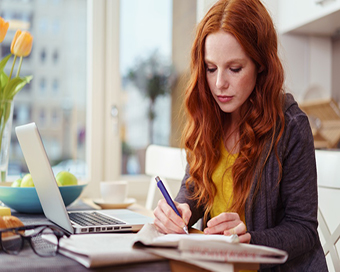 The Western Development Commission has released a new report highlighting new insights into Remote Working across Ireland based on the most recent CSO data. The Policy Analysis team has analysed the data which shows regional differences and a decline in working from home since last year.

The report finds that regions with the lowest rates pre pandemic have shown the greatest increases over the period. All regions experienced a decline in the rates of usually working from home between 2021 and 2022, following the lifting of Government guidelines on working from home. The levels of change varied by region; those with the largest urban centres experiencing the greatest declines – the Dublin, Mid-East, Mid-West and South West. 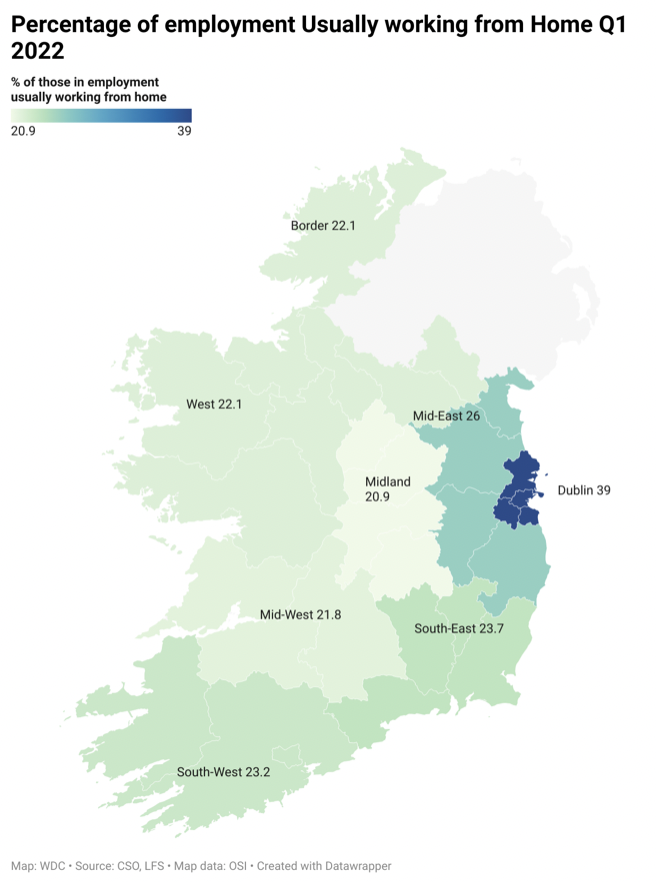 While the rates have declined, all regions still have rates at least double that of pre pandemic rates and the rate in Dublin is just below 40%.

This reflects the relatively high rates of jobs in the Capital suitable to working from home and the residence of workers, many of whom commute from the Mid-East.

Deirdre Frost, Policy Analyst with WDC has identified there is some evidence of a pandemic effect, saying “Before the pandemic, the Dublin region had some of the lowest rates of usually working from home, whereas the more rural regions, such as the Border and West regions had some of the higher rates. This pattern is reversed in 2022, where the Dublin region has the highest rate and the Mid-West and Midlands regions having the lowest rates.This is likely to be a pandemic effect where more employers are now supporting a greater level of working from home and this is most evident in Dublin”.

Examining the outlook for working from home, over the last 4 years, all regions have experienced an increasing share in employment associated with greater work from home potential.

“the research shows that there is regional employment growth across the board, but that it is particularly strong in sectors with greater work from home potential.

Sustaining both trends should be a key focus through Government initiatives such as the National Hub Network / connectedhubs.ie to allow those living in rural and regional areas, not only to get a job but build a career as well.”

An alarming 63% of employees reportedly feel...

The Government has recently (September 23rd)...