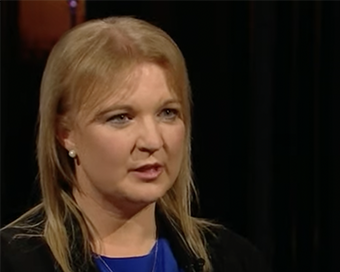 Network Ireland has announced that tickets for its Annual Conference and Businesswoman of the Year Awards have sold out in record time in advance of the event at Galway’s Salthill Hotel on Friday, October 7th. More than 70 women across all industries will be celebrated for their work on the day ranging from artists to entrepreneurs.

The Irishwoman who was the first female to become head coach of a professional men’s team in Ireland and the UK has joined the line-up for the conference. Lisa Fallon currently works at the highest level of world football, in FIFA’s Global Football Development Division as part of Arsene Wenger’s Technical team.

The gala occasion is the highlight event in the Network Ireland calendar and will be hosted by Irish broadcaster and writer Mary Kennedy.  Enterprise Ireland is the event partner for the gathering.

Network Ireland’s National President Noreen McKenzie, said “After two years of virtual and hybrid events there is great excitement about celebrating in-person once again which shows by how quickly our tickets sold out this year. Our Annual Conference and Businesswoman of the Year Awards is Network Ireland’s flagship event and we are delighted to be working with Enterprise Ireland as event partner once again. We’re preparing a fantastic line up of keynote speakers who will be sharing their expert views, experiences and insights covering the important topics for ambitious businesswomen.”

This year’s awards are divided into 8 categories:

AIB is the Official National Partner of Network Ireland and has supported the organisation since 2013.

A breakthrough book for both senior and...

Sculpted by Aimee is the first ever Irish...