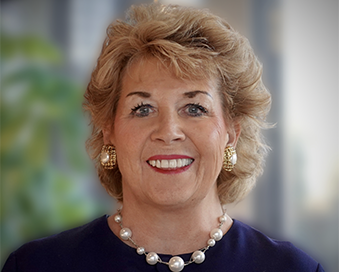 Ambassador Geraldine Byrne Nason assumed her role as Ireland’s 19th Ambassador to the United States last month – a role which she acknowledges: “is my great personal and professional privilege to serve”.

The United States is the largest source of Foreign Direct Investment into Ireland. American companies employ hundreds of thousands of Irish people both directly and indirectly. It is not all one way however, as Ireland is both a major market for American exports and is a top ten source of Foreign Direct investment into the United States with over 800 Irish companies employing over 100,000 people across all 50 states.

During her career, Ambassador Byrne Nason has served in Brussels, New York, Paris, Vienna and Helsinki.

As Second Secretary-General in the Department of the Taoiseach from 2011-2014, she was the highest ranking female public servant in Ireland. During that period, she also was Secretary General of Ireland’s Economic Management Council.

On her arrival in New York, Ambassador Byrne Nason led Ireland’s successful campaign for a seat on the United Nations Security Council, and led the New York Security Council team for the 2021-2022 term. Geraldine was Chair of the United Nations Commission on the Status of Women (CSW) for 2018 and 2019. She has also co-chaired high-level political negotiations on the hundredth anniversary of the birth of Nelson Mandela and on the ‘Samoa pathway’ for Small Island Developing States.

Scurri – the Irish software provider that...