A Record First Half Year for Funding Female Founded Start-ups 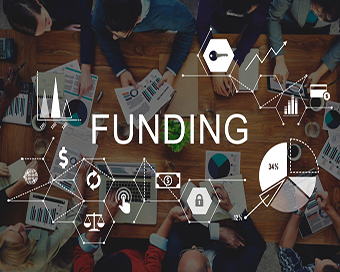 TechIreland has published their H1 2022 Funding Review today (22nd, September, 2022). The report shows that 91 Irish startups between them raised €746.2 Million in the first half of the year. This is 20% lower than the same period last year, but 2021 was an exceptional year. This year’s first-half funding compares well with other previous years.

The €746M total is skewed by a few large rounds; the top three outliers took 40% of the total. The remaining 88 companies between them raised €440 M. As in previous years, most of the capital inflow into Irish startups and scaleups went into larger, more established companies.  The number of investments over €10M increased to 18 from 16 last year. Conversely, there was a drop in smaller rounds. Rounds less than €500K (mostly seed and pre-seed) fell to the lowest level in 5 years.

The invasion of Ukraine and the consequent spiralling energy costs and inflation are inevitably reducing valuations for high-risk companies. While the outlook for later stage liquidity events and exits is likely to remain challenging, local funds have enough dry powder to support quality startups. However, as reported recently by the IVCA, there was a 50% fall in funding from overseas investors in the second quarter, down to €152M from €303M in Q1.

John O’Dea, TechIreland’s Chief Executive said: “The €90M Irish Innovation Seed Fund will be a vital support for Irish startups at a time when early-stage funding is cooling.”

It is encouraging that five of the top 10 in the list are tech companies outside Dublin.

In terms of sectors, HealthTech and eCommerce recorded a sharp drop in funding, whereas FinTechs registered a rise, largely driven by WayFlyer and TransferMate. Other sectors that performed well are AgriTech and CleanTech.

Female founded startups are enjoying a record year with €114M invested into female-founded companies, the best first half year performance on record – twice what was raised in the past two years and nearly six times as much as was raised in H1 2018.

Every year, we note how large outliers skew overall figures.  While this year has seen impressive large rounds and a good number of ‘growth’ rounds (€10M to €50M),

the poor number of early-stage rounds so far this year raises a concern about the pipeline of companies likely to scale in future.

Sarah-Jane Larkin of the Irish Venture Capital Association said: “We are pleased to see the strong first half for Irish tech companies raising funds, but it remains to be seen whether the significant slowdown in the second quarter heralds a more difficult second half to the year.”

Visa recently announced the winners of its...