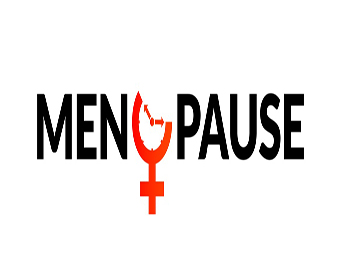 Employers’ lack of support for menopausal symptoms is pushing ‘highly skilled and experienced’ women out of work, with knock-on effects on the gender pay gap, pension gap and the number of women in senior leadership positions.

In a new report published recently, the cross-party House of Commons Women and Equalities Committee called on the UK Government to act, amending the Equality Act to introduce menopause as a protected characteristic, and to include a duty for employers to provide reasonable adjustments for menopausal employees. The MPs also urged the Government to remove dual prescription charges for oestrogen and progesterone as part of Hormone Replacement Therapy (HRT) nationwide, replacing it with a single charge for all women.

The average age of menopause is 51, with perimenopause often starting years earlier. With 4.5 million women aged 50-64 currently in employment in the UK, the report emphasises the scale of the problem facing ‘individuals, the economy and society’.

Significant progress could be made to reduce the flow of women forced out of work, says the report, by appointing a new Menopause Ambassador who would produce model menopause policies and disseminate good practice, in collaboration with employers, unions and other stakeholders.

The report also addresses the significant barriers women face in obtaining an initial diagnosis of menopause or perimenopause. The current postcode lottery determining access to specialist care is, say MPs, ‘unacceptable’, and necessitates a specialist menopause service in every Clinical Commissioning Group (CCG).

•Stigma, a lack of support and discrimination play key roles in forcing menopausal employees out of the workplace. In a survey of over 2000 women commissioned by the Committee, 67% reported ‘a loss of confidence’ as a result of menopausal symptoms and 70% reported ‘increased stress’. Despite this, only 12% of respondents sought any workplace adjustments, with 1 in 4 citing their worries about an employers’ reaction as their reason for not doing so.

•The current law ‘does not serve or protect’ menopausal women. Witnesses told the Committee that menopause-related discrimination in the workplace is ‘widespread’ and ‘shocking’. Yet, the report finds, the Equality Act 2010 fails to provide adequate solutions, with women forced to frame claims as sex, age or even disability discrimination.

•Many women feel their GP is not well-equipped to properly diagnose or treat menopause. A ‘postcode lottery’ of services means that access to specialist services needed, including bone density scans, womb lining ultrasounds, access to endocrinologists and gynaecologists, is dependent on regional variation in provision.

While waiting for the roll-out of a digital prepayment certificate, which would allow patients to access 12 months’ supply of HRT for a single prescription charge of £18.70, many GPs are unaware they can issue an interim paper prescription, meaning many women are paying more than they should for vital HRT. There have also been severe shortages in supply, with the Government recently issuing a ‘serious shortage protocol’.

The Government must launch a consultation no later than the end of 2022, exploring how to introduce menopause as a protected characteristic, as with pregnancy or maternity. It is ‘anomalous’ that menopause is not currently included, given all women will experience menopause. The Government must also immediately enact Section 14 of the Equality Act, which would allow claims based on combined discrimination, for example sex and age.

The Government must launch a visible public health campaign encompassing the symptoms of the menopause, its impact, and how to seek treatment and support at work. This project should consult a wide and diverse range of expert stakeholders to ensure an inclusive and impactful campaign is produced, and that it reaches communities often underrepresented in discussion around menopause.

A Menopause Ambassador should be appointed. A key task of the Ambassador would be to help to introduce model workplace policies covering how to request reasonable adjustments, advice on flexible working and sick leave, and building a supportive culture.

The Government should pilot a ‘menopause leave’ policy within a public sector employer, and publish an evaluation, including proposals for further rollout, within 12 months of the scheme’s commencement.

The Royal College of General Practitioners must make training on menopause a mandatory aspect of continuing professional development requirements for GPs. In the meantime, GPs should ensure that at least one member of their clinical staff has received specific training around menopause. By 2024, there should be a menopause specialist or specialist service in every Clinical Commissioning Group area.

The Government must remove dual prescription charges for oestrogen and progesterone – both components in HRT- and introduce a single charge incorporating both hormones. The Government should also communicate effectively with GPs and patients, letting them know about current guidelines permitting a 12 prescription. Further, it must work with the NHS and the ‘HRT tsar’ to develop a national formulary for HRT, which would help to prevent shortages and blockages in supply, as seen in the Spring of 2022.

“Menopause is inevitable. The steady haemorrhage of talented women from our workforce, however, is not. Stigma, shame and dismissive cultures can, and must, be dismantled.

It is imperative that we build workplaces- and a society- which not only supports those going through the menopause, but encourages some of the most experienced and skilled workers in our economy to thrive.

“The omission of menopause as a protected characteristic under the Equality Act is no longer tenable, given that 51% of the population will experience menopause.

We were shocked to hear that many women have to demonstrate their menopausal symptoms amount to a disability, to get redress. Our Committee is calling on the Government to make menopause a protected characteristic in its own right.

“We must facilitate a healthcare system which recognises and treats menopause symptoms. Too many women are dismissed when coming forward with symptoms and too many women are unable to access the care and medication they need. It is easily within the Government’s power to remove the financial and regional barriers to doing so. The inclusion of menopause as a priority area in the newly published Women’s Health Strategy is very welcome. But we must go further and faster.

Menopausal women have been mocked and maligned for too long. It is time that the Government seizes the opportunity to enact change. It is time to support, and celebrate, these women.”

Last September IBEC in conjunction with the Menopause Hub released the first ‘Menopause in the Workplace’ survey results.  The key findings included: 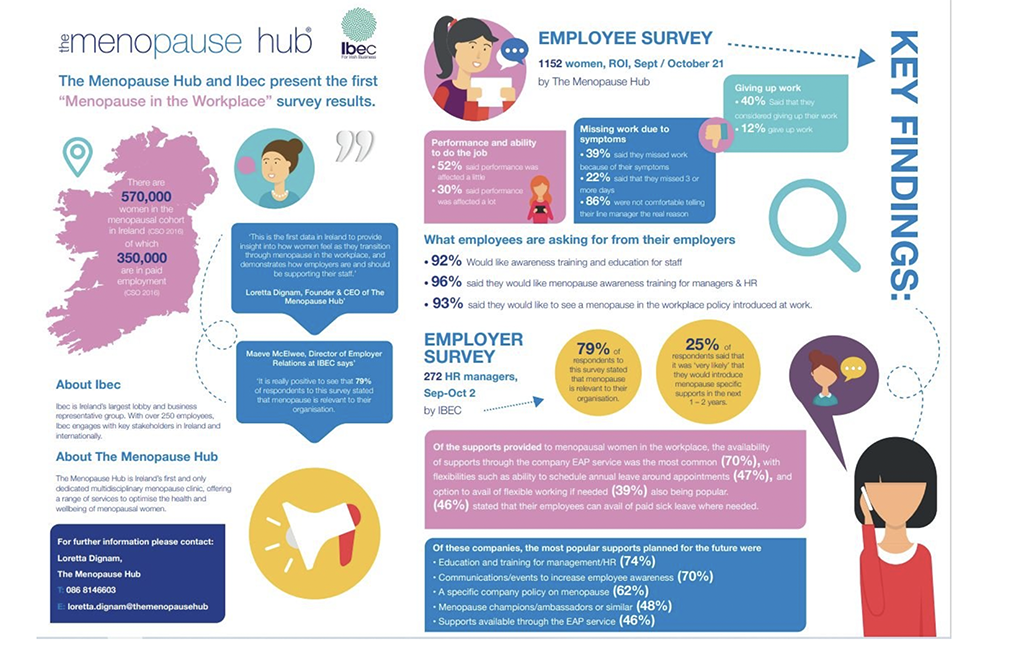 In April this year, Minister for Health Stephen Donnelly allocated up to €2.5 million funding for priority areas within the Women’s Health Action Plan.

England’s Lionesses made history at the...

From Quiet Quitting to Quiet...