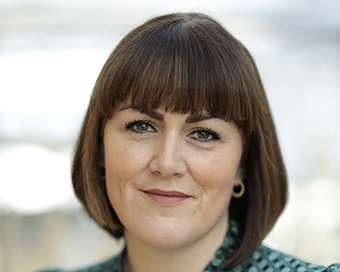 As it marks the launch of its latest store at South Lotts Road, Dublin 4, Tesco Ireland has announced it is to spend circa €50 million this year in store upgrades, maintenance, and new openings.

The South Lotts Road supermarket marks the 154th store in the Tesco Ireland portfolio and spans over 6,000 square feet of retail space bringing more employment and customer shopping choice to the community.

Tesco’s leading market position will be underpinned by property capital expenditure of €50m in 2022 to include new stores, store upkeep and upgrade projects. There is also a separate rebrand and redesign programme getting underway with Tesco’s recently acquired portfolio of nine stores across Galway city and county owned by the Joyce family, which was completed in June.

In Dublin, two new Tesco Express stores recently opened in Spencer Dock and South Lotts Road, with two further Tesco Express stores opening in Smithfield and Charlemont Square before the end of the year. Tesco also opened its brand new 11,000 sq. ft large store at White Pines in Rathfarnham in February. A similar size store will also open its doors at Adamstown in West Dublin later this year.  In addition, a major refurbishment and extension of Tesco’s Artane Castle store, a pillar of the community for 39 years, has been completed and a refit programme of older stores is also continuing across the country.

Tesco Ireland CEO, Natasha Adams, who took up her role in February, says the strong pipeline of store openings and refurbishments planned over the immediate and medium term, spells good news for consumers:

“For 25 years, Tesco has been committed to delivering real value to customers and our ambitious development strategy sets us up for the next chapter of investment in our business in Ireland. We are continuously expanding and maintaining our estates and we are adding new employment with every store opening.

White Pines, Rathfarnham which opened in February was our first new store in almost four years and has delivered 60 new jobs. Our Tesco Express model, which will see four stores opening in Dublin this year, is proving very successful in urban settings and reflects evolving consumer demand for greater convenience shopping opportunities in high footfall areas.

We anticipate these new store openings and with the addition of Joyce’s supermarkets in Galway, we will bring our overall number of stores to 165 this year, which is really good news for our colleagues, customers and the communities in which we operate.”

Tesco employs over 13,000 people in cities and towns around Ireland, supporting almost 45,000 jobs directly and indirectly. Latest figures show that that the overall economic impact of Tesco’s expenditure in Ireland is c€1.56 billion.

Shannon Group has today announced its...