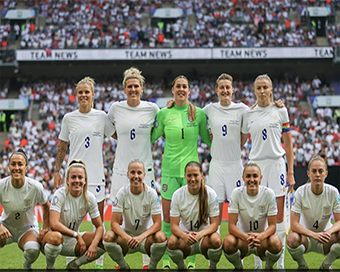 England’s Lionesses made history at the weekend (31 July 2022) by breaking a world record with their 2-1 win against Germany in the UEFA Women’s European Championships final. After their semi-final victory of 4-0 against favourites Sweden on 26 July, the English side were only one goal away from tying the record of most goals scored at a UEFA Women’s European Championships by a team with Germany. Germany broke  this record in 2009 with 21.

In the greatly anticipated Euro 2022 final, England’s first goal, executed by 22-year-old super-sub Ella Toone, achieved the tie. Germany then equalized with a goal from Lina Magull. But when the third goal by Chloe Kelly, replacing Beth Mead, was turned into the net in the 111th minute, England claimed the outright title with 22.

Golden Boot winner and Player of the Tournament winner Beth Mead also holds the record for the most goals scored at a UEFA Women’s European Championships by a football (soccer) player with six. She ties this record with Alexandra Popp (Germany) who achieved this record at the same tournament, and Inka Grings (Germany) who achieved it in 2009. Popp had to drop out of the Euro 2022 final at the last minute due to injury.

It’s been an outstanding championship run for the England side, led by Dutch manager Sarina Wiegman, including an unforgettable win over Norway in the group stage of the competition at the Amex Stadium in Brighton.

Their 8-0 victory over the Scandinavian team saw them break yet another record for the highest margin of a victory in a UEFA Women’s European Championship Finals football (soccer) match. Goal-scorers included Georgia Stanway, Lauren Hemp, Ellen White and Alessio Russo, topped off with a hat-trick from record-breaker Mead.

The success of the England women side was made even sweeter as their incredible Euros win is the first enjoyed by any senior England national side since the competition’s inception in 1984. In 2021 the men’s side made the Euro 2020 final but failed to clinch the title, losing a tense penalty shoot out against Italy following a 1-1 draw. England women have reached the final on two occasions, in 1984 and 2009.

This UEFA Women’s Championship win is also particularly significant as it is the first international competition win any senior England national side has enjoyed since 1966, when England men achieved a 4-2 victory over West Germany in the World Cup Final.

With an unforgettable championship now rounded off with even more records, all eyes are on the future of this exciting England side, hotly anticipating what records the Lionesses will break next. 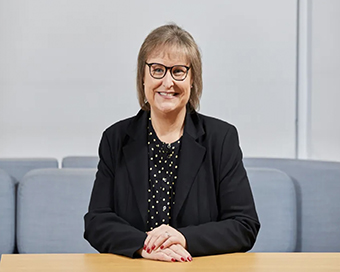 And in other sporting news

It was announced that leading business executive Alison Brittain will be joining the Premier League as Chair. Clubs voted unanimously to appoint Whitbread PLC CEO to the position from early 2023.

Alison is one of the UK’s leading business executives with a first-class record in strategic leadership across different sectors. Since 2015, she has been the CEO of Whitbread PLC (FTSE 100), one of the UK’s oldest public companies, and now a leading hospitality business.

She has reshaped the business, selling Costa Coffee to Coca-Cola, improving efficiency, re-energising the culture and expanding Premier Inn internationally to provide a strong platform for growth for the future. She will be stepping down from her role at Whitbread in early 2023 and will then focus on serving as the Premier League Chair, as well as her other non-executive roles.

Prior to Whitbread, Alison had a decades-long career as a senior executive in the financial services sector, firstly with Barclays PLC and latterly at Santander and Lloyds Banking Group PLC, where she successfully led the retail banking division.

Alison is currently the Senior Independent Director at Experian PLC and was recently announced as Chair designate of Dunelm Group PLC (FTSE 250).

She has been a member of the last three UK Prime Minister’s Advisory Boards and is a former Chair of The Financial Conduct Authority Practitioner Panel. She was awarded a CBE in 2019 and is also Deputy Chair and Trustee of the Prince’s Trust Council. She is passionate about football and the broader positive impact sport can have on society.

“I have been a football fan since I was a child and so am absolutely delighted to be appointed Chair of the Premier League.

“The game is of enormous national importance, is loved by so many people around the world and can have a tremendous positive impact on communities. It will be a real privilege to be able to help to develop plans for the future and work with all the key stakeholders in the game to ensure its long-term sustainability and success.

After a big COVID hit, the gender gap...

Employers' lack of support for menopausal...