New BoardEx Report Shows Only 5% of CEOs are Female 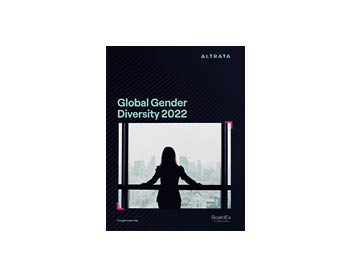 Altrata a global leader in data-driven people intelligence, have released Global Gender Diversity 2022. Powered by BoardEx data, the third edition of this report explores the level and impact of female representation on the boards and within the C-suite of some of the largest companies around the world.

Progress on advancing gender diversity within organizations has been steady but underwhelming.

Across the Global 20, female representation on leading corporate boards is greater than it was a decade ago. But gender diversity in the boardroom varies widely between countries, and BoardEx data reveals clear leaders and laggards.

The report finds that just 5% of CEOs are female, while women account for just 28.2% of board seats among the corporations of the major indices across 20 of the world’s major economies.

Female presence within the C-suite is even lower than on boards, at 19.2%. This reflects the continued underrepresentation of women in top corporate management positions.

•Female board members are younger on average than their male counterparts

•On average, female board representation is greater in countries with mandated or voluntary quotas for women on boards

•Among the Global 20’s major listed corporations, 81 had all-male boards in comparison to zero all-female boards as of June 2022

•At 44%, France had the highest share of female board members in the first quarter of 2022, ahead of Italy and the UK with just under 40% 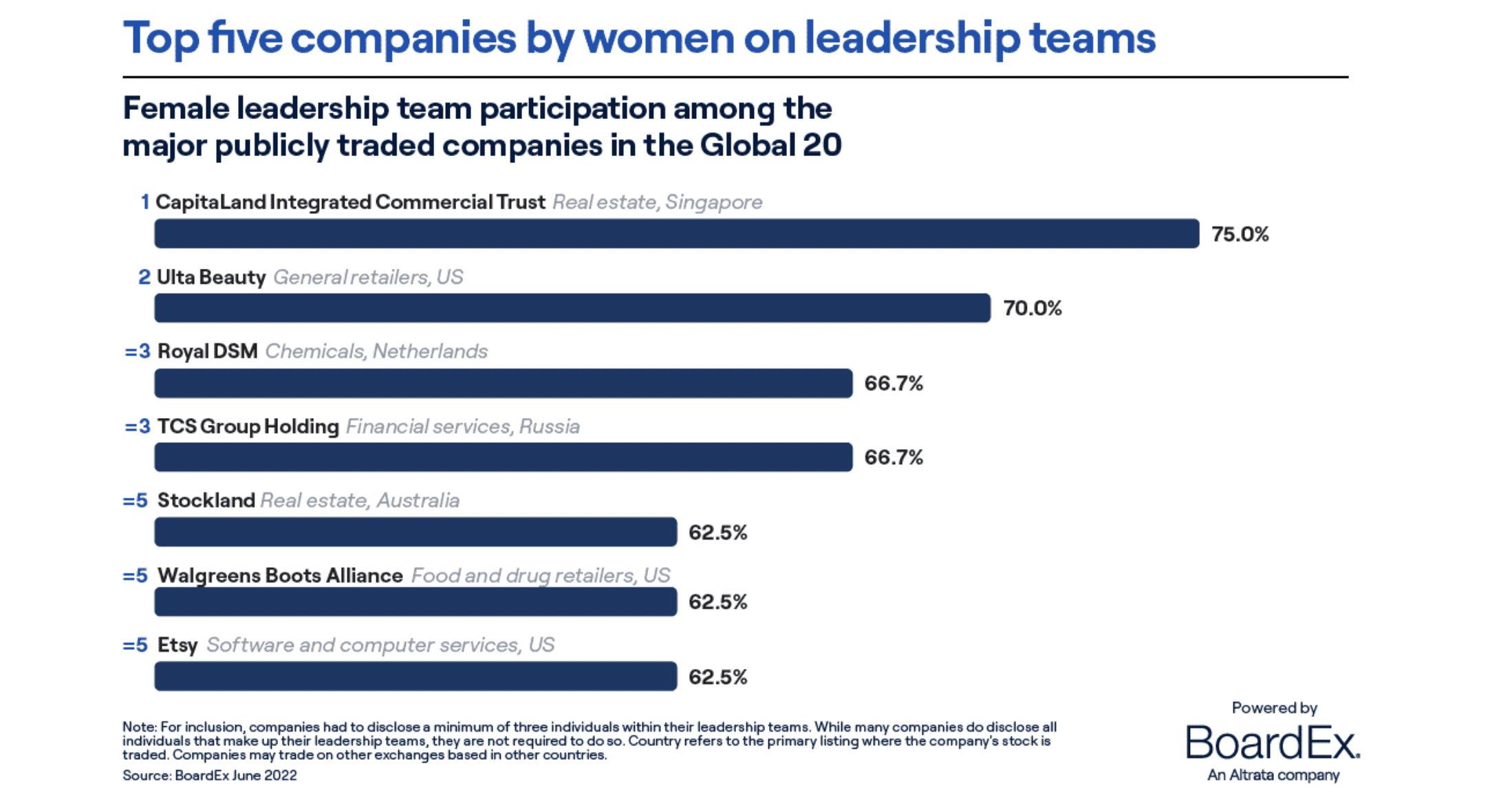 The report also includes insight into the companies making the most progress in achieving gender balance on their boards, including US biotech firm Organon, UK beverage company Diageo, and Dalata Hotel Group of Ireland.

You can download Global Gender Diversity 2022 to view the complete findings.

BoardEx is an Altrata company, a part of Euromoney PLC. BoardEx is the leading provider of executive intelligence and relationship mapping solutions, working with premier organizations across the academic, corporate, executive search, private equity, legal, and financial and professional services industries. Founded in 1999, organizations trust BoardEx to identify, qualify and map connection paths to 2 million organizations and the 1.6 million people who lead them, to enhance business development strategy, talent management and alumni relations efforts, as well as conduct data-driven research and analysis.

Altrata is comprised of five distinct offerings: BoardEx, Boardroom Insiders, RelSci, WealthEngine, and Wealth-X. Together, we provide data and intelligence on the most impactful people to our clients’ success.