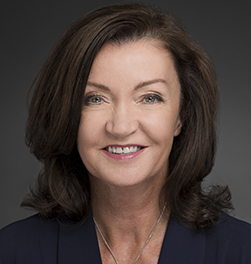 hummgroup plc, the leading consumer payment provider across five international markets, has announced the appointment of Terry Fleming, to the role of non-executive director of the board of the parent company in Australia.

Terry is currently the chairperson of the Irish business, where she has overseen its growth and success under the leadership of the CEO (Ireland and UK) PJ Byrne and his team since 2017.  The company has a presence in Dublin for over 14 years and works with a number of prominent Irish-based brands to include Harvey Norman, Pamela Scott, Audi Ireland, Weir & Sons and Woodies, as well as a host of family-run businesses.

With decades of experience as a corporate tax adviser, Terry began her career at PWC where she worked for twenty years before being appointed to a number of directorships in publicly quoted international and Irish corporations, and a state board; the Irish Marine Institute.

hummgroup plc is an ASX-listed (Australia Securities Exchange) company, established in 1991. The business has built a brand over decades that enables retailers to empower their customers through its flexible, consumer payment solutions. It currently has 2.7 million customers, with 78,000 businesses availing of humm products across Ireland, the UK, Canada, Australia and New Zealand.

Google Ireland has announced the appointment...