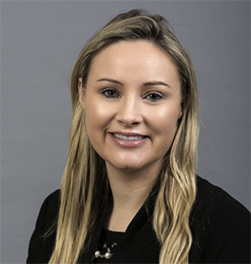 Aircraft Leasing Ireland (ALI) has announced that Marie-Louise Kelly, Chief Financial Officer of ORIX Aviation, has been appointed as its new Chairperson. She takes over the role from Declan Kelly, former Chief Commercial Officer of GECAS.Formed in July 2018, ALI is the group representing the aircraft leasing industry in Ireland. It is a constituent part of Financial Services Ireland (Ibec), the only trade association that represents the totality of the financial services sector in Ireland.

Karl Griffin, CEO of Genesis has been appointed Vice Chair of ALI and will assume the role of Chair in 2024.

In her role at ORIX Aviation, Marie-Louise is responsible for leading the company’s finance team and she holds a key position as a member of the leadership team in terms of strategic planning and directing a number of operational functions across the organisation.  She joined ORIX Aviation in 2009. Prior to being appointed to her current role, she held various positions within ORIX Aviation across finance, commercial, corporate planning and structuring. She was appointed Chief Financial Officer in 2016, joining the Board of ORIX Aviation in 2018.  Marie-Louise has over eighteen years’ experience in financial services. Prior to joining ORIX Aviation, she trained in KPMG Dublin’s Financial Services Tax division. She holds a Bachelor of Commerce degree and a Master of Business Studies from University College Dublin and is a Chartered Accountant and Chartered Tax Advisor.

Speaking upon her appointment, Marie-Louise said: “I am delighted to be appointed Chairperson of Aircraft Leasing Ireland and to represent this global industry in Ireland. On behalf of our members, I would like to thank Declan Kelly for his excellent stewardship during two of the most challenging years our industry has ever experienced. At a time of global instability and transition, it is imperative that we continue to highlight the vital role that the Irish aircraft leasing industry plays in the economy, the jobs it creates locally, and how it can help tackle big challenges – including the industry’s transition to Net Zero. Our membership has grown from 8 to 36 leasing companies over the last four years, reflecting our industry’s ambition to work together to achieve our core objectives.”

Welcoming the appointment, FSI Deputy Director Audrey Crummy said: “Ireland is the leading centre for aircraft leasing globally and is a high growth sector of international financial services representing $100billion of assets and supports 5,000 local jobs . ALI works collaboratively with the Irish Government and state agencies to ensure Ireland retains this leading position. We look forward to working with Marie-Louise and Karl in these efforts. We are extremely grateful to Declan Kelly for his commitment and leadership over the past two years”.

Fuzion Communications have announced the...