Do you Rate Your Boss? 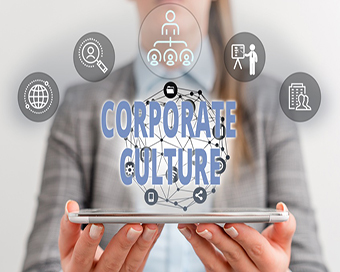 6 in 10 people (59%) say that the relationship they have with their boss has a major impact on their how they feel about their job, so much so that 75% say they either have left or would consider leaving, if that working relationship became too difficult.

65% say the relationship they have with their team has a big influence on their work-life experience and their attitude towards their job.

These are among the findings of Taxback.com’s All-Ireland Employee Survey, which surveyed the attitudes of 1,200 employees in SMEs throughout the country.

The survey also found that workplace relations are likely to have a greater impact on female employees, with more women than men respondents saying that the relationship they have with their boss and their team affects the attitude they have towards their job “a lot”.

Key findings from the Taxback.com All-Ireland Employee Survey include:

Speaking of some of the findings on employee attitudes towards management, Barry Cahill, Director of the Employee Wellbeing Service at Taxback.com,

“Our survey reveals the extent to which employee-management and team dynamics influence the way we work. Perhaps unsurprisingly, the vast majority of respondents (92% and 91% respectively) said that the support they receive from their manager and their colleagues has at least some impact on how they work, and approximately 6 in 10 said that the impact is significant.

People spend a huge chunk of their lives working and for many, what goes on in work can often impact their emotions, and feelings outside of work. So, it wasn’t altogether too surprising to learn that 39% would consider leaving a job due to a difficult relationship with a boss. What was concerning however was that a further 36% have actually left a job in the past for this reason.

Clearly, employees draw heavily from those in more senior positions in terms of motivation and direction, so it is crucial that employers and management nurture a work environment in which employees feel valued, heard, and rewarded for their duties and efforts, and work to get the balance right.

But it’s not all down to hierarchy within the organisations – how people treat each other within their team or department weighs just as heavily on people.

Our experience with the organisations we have been working with over the last 2+ years is that employers are beginning to put more and more emphasis on organisational culture and on fostering an environment in which workplace wellbeing is central.

Remote working has created new challenges when it comes to team building and many workers did suffer because of lack of proximity to their colleagues during the pandemic, but we have seen great creativity in the business community when it comes to boosting and maintaining team morale, whether that is through online team building events, or gatherings and hang outs in virtual spaces.”

“The bottom line is that organisations must ensure they are doing what they can to create an inclusive environment for staff, one in which all members feel heard and supported in their requirements.

Employees need to feel their boss can tune into their individual needs and provide additional support and guidance if and when necessary.”