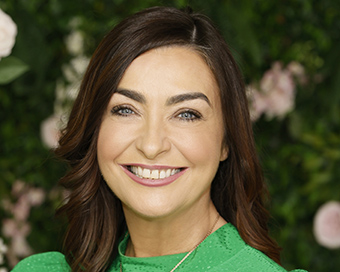 Oonagh O’Hagan, the owner and Managing Director of Meaghers Pharmacy Group, has announced the launch of Symprove Ireland, a new distribution company for food supplement Symprove. The announcement is being made to mark World Microbiome Day, which takes place today (June 27th).

Symprove is a unique water-based product that contains four strains of live and active bacteria. It is scientifically proven to restore the balance of good bacteria to the microbiome, the term used to describe the ecosystem of bacteria in our digestive tract, and is now involved in clinical studies for the treatment of Parkinson’s Disease.

Oonagh had been in discussions with Symprove founder Barry Smith for several years to establish the distribution company, a period further extended by the outbreak of the Covid-19 pandemic.

“I established the distribution business because I firmly believe in Symprove and I could see the benefits it was having for our customers here in Meaghers,” said Oonagh.

“Knowing how Symprove helped improve my IBS symptoms and the impact it has had for so many Meaghers customers I wanted to ensure these benefits are available to those outside of our pharmacies too.

“We have seen a phenomenal increase in demand for the product since we started stocking it. There is so much scientific evidence behind Symprove, with many published clinical papers and so many of our patients come back telling us about the positive impact it is having on their symptoms, in fact we have over one thousand customer reviews on our website on Symprove.”

Symprove Ireland will initially employ ten people – including salespeople and educators who will train partners on the benefits of Symprove. The company has plans to scale the business within 12 months.

The distribution company which is owned by Oonagh O’Hagan, will initially deliver the food supplement to 60 stockists across Ireland, including Nourish and Evergreen health food stores.

In 2014, Meaghers Pharmacy Group was the first Irish stockist of Symprove after Oonagh successfully used the product to manage her own symptoms of IBS. She now aims to bring Symprove to as many people in Ireland who suffer with poor gut health, so that they too can have the opportunity to experience some of its many benefits.

While other health supplements contain bacteria that may be freeze-dried, Symprove is very different using a unique delivery system to deliver live bacteria to improve the number of good bacteria in your gut, known as your microbiome. Supporting and rebalancing the microbiome can alleviate the symptoms of IBS and many other inflammatory bowel conditions.

Indeed, a laboratory study published in a recent edition of the International Journal of Pharmaceutics showed that Symprove altered the composition of the gut microbiome of people with Parkinson’s Disease. The role of gut microbiome and the impact of  Symprove in the treatment of Parkinson’s Disease is currently being researched in two clinical studies conducted by  King’s College London and Sheffield Hallam University, and results are expected later this year.

“Over the last number of years I have spoken to many people who have had even more chronic symptoms than I had; some could not leave their homes at all because of having to use the bathroom up to 18 times a day. Many are now leading normal lives.

They have taken back control of their gut health and it can be very emotional but extremely positive to hear their stories daily,” said Oonagh.

“Other patients are using Symprove to support them to manage their inflammatory skin conditions but one of the most exciting developments is in the area of Parkinson’s Disease. Studies are ongoing into the potential benefits that Symprove could have in the management of symptoms of Parkinson’s Disease,” she concluded.