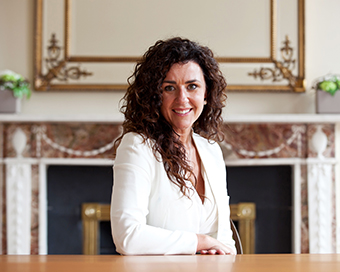 When asked, 50% of the Irish workforce say they have either seen and/ or experienced the gender pay gap in action. However, when it comes to the experience of male and female workers* the feedback is quite different, with just 36% of men saying they have witnessed this in the workplace, compared to 63% of women. These of some of the findings of Taxback.com’s All-Ireland Employee Wellbeing Survey.

The survey of 1,200 employees, which was conduction in conjunction with Healthy Place to Work® Ireland, in SMEs throughout the country also found that 66% of workers support new EU-led quota targets to have females making up at least 33% of board members of publicly listed companies by 2027**, believing they are achievable or saying that, in fact, we should be aiming even higher.

Joanna Murphy, CEO of Taxback.com, commented on the findings;

“According to EU figures*** men in Ireland currently earn 11.3% more than women. Our survey exposes the fact that this differential is very much a real and lived experience for many of Ireland’s female workers, with more than 6 in 10 having witnessed it, and 3 in 10 of those having been directly impacted by it.

It is not surprising that there is a very evident gender bias among those who say they have not experienced {the Gender Pay Gap} with just 37% of women saying they’ve never seen nor experienced it, as opposed to 64% of men.”

The Taxback.com survey looked at attitudes of workers towards new EU-led gender targets for company boards and non-executive positions, to which Ireland has recently given its backing.

Fania Stoney, CEO of Healthy Place to Work Ireland® spoke of the support voiced by employees for the Directive;

“There was widespread support for this Directive across the board, and one third of respondents even feel that these gender targets are too low and that we should be aiming higher.

Ireland is already making serious gains in this area, with a new report from Business in the Community**** recently revealing that women make up 39% of staff in senior management roles and 38% of roles in executive positions in Ireland’s top 50 companies. These figures surpass the national average of 30%, which just goes to show how far we have come in terms of gender equality in the workplace.

Interestingly, twice as many male workers (25% versus 12% of women) said that they don’t believe in gender quotas.”

Taxback.com report that the survey revealed a cohort of workers who are less enthused about the EU targets – with 15% believing that the targets are unachievable, and 17% contending that such quotas are unnecessary in the first place.

“From previous research we have conducted on the topic, we have found that amongst the people who do agree that there is a gender pay gap, the most popular explanation has been that men have traditionally always been paid more than women – perhaps up to now there has been almost an acceptance of this in society as a ‘fait accompli’. A lack of investment in women’s careers is also a very commonly cited factor. These are long-standing, structural attitudes that have been embedded in the world of employment and work for decades, and despite progress at some levels and a much healthier discourse in general around employment equality, as a nation we have a long way to go. According to the ESRI the gender pay gap stood at 14.7% in 2000, so in 20 plus years, there has been relatively little change in the basic wage gap in Ireland.”

**In March 2022, the Council of the EU approved new rules proposed by the European Commission to make listed company boards at least 33pc female by 2027

The National Women’s Council of Ireland...

A company that has positioned itself at the...