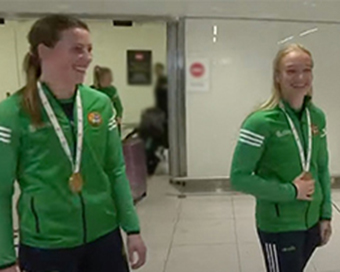 Team Ireland has finished in 2nd place behind hosts Turkey in the overall medals standings at the recent Women’s World Championships. 73 nations, and 310 boxers, contested the  tournament in Istanbul, which came to an official end on May 20th with a second day of finals. The top five countries at the tournament are: Turkey, Ireland, India, Kazakhstan and Italy.

IBA rankings show that every Team Ireland boxer claimed a victory in the tournament, a feat not achieved by over a third of competitor nations. In all, Team Ireland contested 24 bouts, with 17 wins.

More than 100 past participants of ACORNS,...

Visa is today bringing the back to Ireland,...