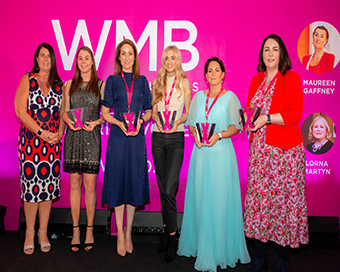 The WMB Awards yesterday was a day of celebration, of contemplation and a day that introduced new connections and reignited old ones.  It could not have taken place without the support of WMB’s sponsors and the participation of attendees and finalists. There were five Award Categories announced –Matheson WMB Female Entrepreneur Award; WMB Empowering Women Award; Expleo WMB Woman in Technology Award; Sodexo WMB Female Newcomer Award; and the WMB Businesswoman Award.

‘Inspiring Voices’ was the theme for this year’s event. Damien English, Minister of State for Business, Employment and Retail opened the occasion and paid tribute to the impressive line up of finalists and said: “It’s so important to have platforms like Women Mean Business which put a spotlight on the impact made by businesswomen and female entrepreneurs in Irish Society. Progress is being made as more women start businesses, climb the career ladder and take their rightful place at the boardroom table.

As a father of four – three of whom are girls – it’s exciting to see so many female role models who will help inspire the next generation into business and to take on leadership roles.

The last two years have not been easy for many in business, so I admire your efforts for not just surviving this difficult period but for thriving through it. It’s heartening to see so many ‘good news stories’ around increased employment as businesses build bigger and better with technology and innovation at their core. The impressive list of finalists for this year’s WMB Awards sit across all sectors – Education; Charity; Energy; Fintech; IT and many more – and reflects the many successes in recent times. ” 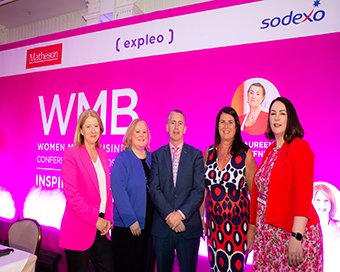 Our ViewPoint panel participants were all experienced leaders in industry and included: Rhonda Doyle,  Schneider Electric Ireland; Lorna Martyn, Fidelity Investments, and Serial life science entrepreneur Louise Grubb, CEO & Founder of TriviumVet. Social media was ablaze during this session which discussed the theme of our conference this year –  ‘Inspiring Voices’. They are pictured here with Minister English and Rosemary Delaney,

Asked what it means to be a successful woman in business today, Rhonda reflects: “Earlier in my career it was about developing and progressing, proving to myself I was capable, including after having a family. Now, it’s about being a leader and helping others to be successful, especially looking out for other women who need support or a confident boost, and saying hey, you know you did a really good job there.” 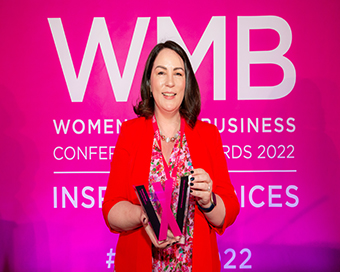 Schneider Electric specialises in the digital transformation of energy management and automation for homes and industries with the mission of being a digital partner for sustainability and efficiency. The company was ranked as the world’s most sustainable company in 2021 by Corporate Knights Global 100 Index. As the Director of Operations, Services and Projects at Schneider Electric Ireland, Rhonda Doyle’s role is to ensure the company provides best-in-class service to customers – services critical to maintaining the electrical infrastructure of the country. Rhonda works with the Irish leadership team to oversee the delivery of a range of solutions dispensed by field services and engineering project teams whilst maintaining profitable growth for Ireland. Previous to this role, Rhonda spent 17 years at global commerce leader eBay and was one of the first employees to join in the start-up phase in Dublin. She rose to the position of Director responsible for Global Programs and Project Management including Portfolio Management and led a team for eBay’s Global Customer Experience organisation. 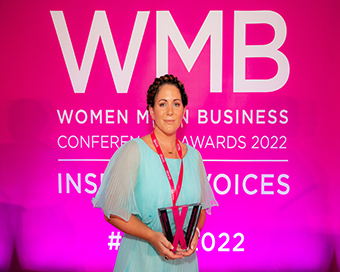 Niamh Parker is co-founder and Chief Legal & People Officer of Irish company Altada Technology Solutions. She is also the CEO of Altada’s sister company BeaconAI which specialises in data privacy solutions. Altada is a Cork-based company that has developed an artificial intelligence-based platform to help create operational efficiencies. Founded in 2018 in Ireland, it has a global reach with offices in the U.S. and EMEA, a highly diverse, talented and collaborative team and a rich portfolio of clients in financial services, among other sectors. As Co-Founder at Altada, Niamh is heading up Altada’s expansion into the US market to meet the corporate demand for Privacy Solutions since the introduction of the CCPA legislation.  In 2021, Altada and Tangent, Trinity College Dublin’s ideas workspace, together founded an AI accelerator program in Ireland called Alsessor, where they mentor early-stage AI companies. Alsessor was recently named by the influential AI platform Omdena as one of the world’s 11 top AI accelerators in 2022. Altada has secured over €11 million in investment in the past year. The ‘ada’ in Altada is an ode to Ada Lovelace, the Countess of Computing!

“The best advice I can pass on to other women in business is to see yourself and your worth,” Niamh says. “It’s important to know what you bring to the table and be passionate about it.”

The Winner of the WMB Empowering Women Award 2022 is Eimear Michaels, Microsoft Ireland. 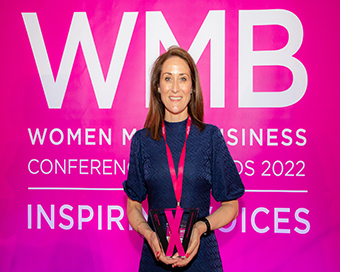 Eimear Michaels is Senior Operations Manager in the International Operations organisation and is also D&I Lead at Microsoft Ireland. She has guided Microsoft to focus on all areas of diversity and inclusion from gender, accessibility, families to cultural diversity helping to broaden the scope of Microsoft’s mission as a group to create a more inclusive environment for employees. Eimear’s D&I journey started eight years ago when she became involved in the Women@Microsoft Employee Resource Group. She also held the position of Strategy Lead on the Connecting Women In Technology (CWIT) Leadership Team from 2018 to 2020. In 2019, Eimear accepted an award on behalf of CWIT at the Diversity in Tech Awards. She also drove a CWIT partnership with 30% Club Ireland. Eimear played a key role in developing a partnership with Maynooth University with a focus on supporting more women to pursue a career in STEM related industries. In particular the initiative focuses on empowering girls living in marginalised communities to open their eyes up to the possibility of what a career in STEM can offer them. This partnership resulted in 100 Microsoft female mentors signing up to qualify as mentors on the STEM Passport for Inclusion program.

“My definition of success is simple”, says Eimear. “It’s feeling fulfilled and happy in knowing that the things I am spending my time on are making a positive difference to the people around me and that I am helping to activate a culture of inclusion and belonging.”

The Winner of the Expleo WMB Woman in Technology Award 2022 is Niamh Donnelly, Akara Robotics. 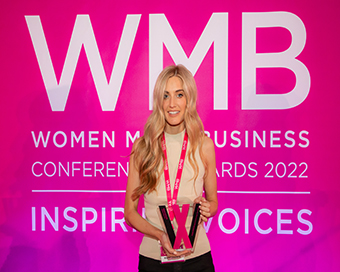 Niamh Donnelly is an award winning AI researcher and a co-founder and Chief Robotics Officer at Akara Robotics, a robotics spin-out from Trinity College that has a mission to develop robots that empower frontline healthcare workers. Niamh is a recognised expert in human-centred AI, and was recently named by Silicon Republic as one of the top 20 women doing fascinating work in artificial intelligence. Her Masters research, which focused on canopy coverage estimation using computer vision and deep learning, was recognised as the best student AI research project in the country in 2018. Since then, her work at Akara has been featured by the likes of Time magazine, Forbes and CNN among others. Recently Niamh’s contributions were recognised on the UCD alumni achievements list of 2020. Niamh holds a Bachelor’s degree in Mechanical and Manufacturing Engineering from DCU and a Masters degree in AI and Machine Learning from UCD. Niamh recently played a pivotal role in Akara receiving over €3.5M in funding and investment from the EU and other sources. She is extremely passionate about promoting diversity in STEM and regularly volunteers her time to outreach in this area.

On success, Niamh says: “I had heard of the phrase ‘Tech for Good’ – the idea that we can solve the world’s biggest, climate, social, economic etc problems using technology – and I think being able to do this is my definition of success.”

The Winner of the Sodexo WMB Female Newcomer Award 2022 is Deirdre Lyons, Examfly. 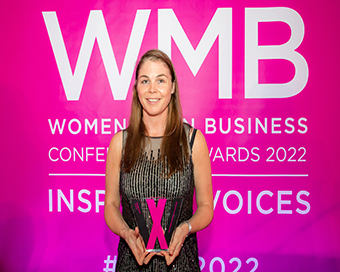 Deirdre Lyons began her career in tax and wealth management, before transitioning into start-ups and technology. Her experience as a tax lecturer, coupled with a lifelong interest in learning, psychology and technology led her to the conclusion that there could be a better way to learn complex topics. Thus the idea for Examfly was born. Examfly is an education technology start-up which is transforming the learning model for professional exams and continuous professional development. The Examfly model recognises the challenges faced by the busy 21st century student and helps work around them. Working with subject matter experts, software developers, animators and game designers, the company creates a learning experience optimised for skill acquisition and reinforcement. Trusted by Big 4 firms, and large educational bodies, the Examfly Platform has earned rave reviews from students who say it makes learning quicker and more enjoyable. The company was named ‘Best New Startup’ in 2020 Dublin Regional Final of the InterTradeIreland Seedcorn Investor Readiness competition.  It raised €600k in a seed funding after less than 2 years in business.

For Deirdre, Success is about “Making a positive dent in the universe, however small. Through the products we create, the people I mentor, or being a good role model for other female entrepreneurs.”

Minister of State for Trade Promotion,...