Lack of Diversity on Boards of Concern 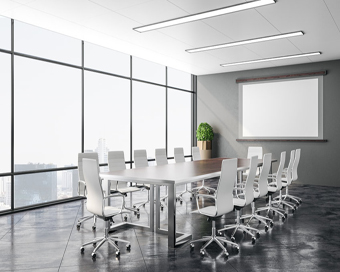 More than half of Irish directors (56%) are concerned that the lack of diversity on their board could hamper insightful discussions and potentially negatively impact growth, according to a new survey from KPMG Ireland.

The KPMG Boardroom Diversity Survey polled more than 700 directors around the world, including 36 board members from Ireland, to better understand how they view the opportunities and challenges of enhancing diversity in the boardroom.

The Irish survey findings highlighted race (61%), socioeconomic background (47%) and gender (30%) as the primary areas of diversity lacking on Irish boards.

Looking at the same factors for the wider global survey, the findings differed significantly with race highlighted by just 33.5% of directors as an additional type of diversity required on their board, 28% highlighting a need for more diverse socioeconomic backgrounds and 19.5% identifying a need for more gender diversity.

While a majority of directors say board leadership is effective at drawing out the views of all members, achieving better boardroom discussions is a work in progress.

The survey findings do however suggest that Irish boards are poised for change, with a majority of directors (67%) saying their board would be different if they rebuilt it to meet the needs of today and for the future. However, while all respondents anticipate turnover in their boardrooms in the next several years, the most commonly cited reason for the recruitment of new directors is the replacement of a retiring director (78%). Less than half (44%) say recruitment of new directors would be out of strategic necessity or to stay competitive, indicating that many boards may be locked in the process of fixed rotation as the primary driver for change.

Commenting on the findings, Barrie O’Connell, KPMG Partner and Chair of the Audit Committee Institute Ireland, said: “It’s clear there is broad recognition amongst Irish directors for the need for greater diversity and specific skill-sets, particularly in digital, however with just 44% making strategic appointments, and a majority waiting for natural rotation, it does suggest that some Irish boards may not be as agile as the businesses they serve. Boards play a crucial role in steadying the ship in times of uncertainty, but it’s also important that they review their own processes to ensure mechanisms are in place to keep pace with how their business is changing.”

“We know from the plethora of research and real-life experiences that having a diversity of thought, skill and experience around the boardroom table is vital to ensure organisations can question assumptions, understand new trends, and overall perform better.

My advice to boards would be to ensure priority is given to strategic appointments to stay competitive.”

TestReach founders were among the winners of...

Kellogg’s recently had the official...