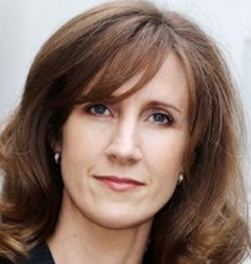 The Institute of Directors (IoD) in Ireland recently announced that Caroline Spillane has been appointed its new Chief Executive Officer (CEO). An experienced private and public sector leader, Caroline Spillane will succeed Maura Quinn and assume responsibility for the CEO role in July 2022.

IoD President, Imelda Reynolds said:  “We are delighted to have a person of Caroline’s calibre join us as CEO.  Caroline is an accomplished leader who has wide expertise in strategic planning and delivery of results.  She is well positioned to further build the IoD and to bring the Institute forward for the benefit of our members and business leaders in Ireland.”

Throughout her career, Spillane has built a reputation as a results-oriented Chief Executive with significant experience in organisational transformation, regulation and in professional membership organisations. Spillane will join IoD Ireland from her position as Director General of Engineers Ireland, the all-island body of over 25,000 members mandated to promote excellence in engineering practice, where she has been Director General since 2015.  She was the first female and the first non-engineer to be Director General of Engineers Ireland since its establishment in 1835.

Prior to this, she was CEO of the Medical Council, the independent statutory regulator of over 20,000 medical practitioners. During her tenure she developed a strategy for medical regulation to better protect patients while supporting the professional development of doctors and contributing to the wider health service reform programme.

Spillane has served as a board member in the Health Information and Quality Authority (HIQA), ESB Networks and Irish Manufacturing Research. She is also a member of the 30% Club, a campaign which is led by a group of business Chairpersons and CEOs taking action to increase gender diversity on boards and senior management teams.

Commenting on her appointment, Caroline Spillane said:  “It is an honour to be appointed CEO of IoD Ireland at this challenging time for businesses in Ireland.  The organisation is well placed for future growth and I look forward to working with the Council, members, colleagues in IoD Ireland and other partners.”

Caroline Spillane is a Chartered Director who holds a B.A. from University College Cork and an M.A. from Technological University Dublin. She is currently studying for a Doctorate in Business Administration in Waterford Institute of Technology.

She succeeds Maura Quinn who has been IoD CEO for 14 years and is stepping down to pursue other opportunities.

A natural leader with extensive experience,...

Fidelity Investments Ireland is pleased to...