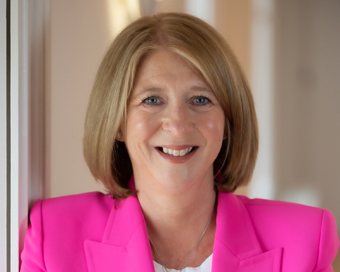 Earlier this week serial entrepreneur Louise Grubb, who recently secured the Waterford Chamber annual Businesswoman of the Year Award,  shared her career journey on the podcast ‘The Science of Business’. Driven by innovation, she is currently working on her third successful start-up within the science and pharma sector.

In 1999, the Waterford native established ‘NutriScience’ which ten years later was acquired by animal health company, SwedenCare. Louise went on to set up her second start-up, ‘Q1 Scientific’ –  the first Irish company to specialise in the provision of a stability storage service, meeting the highest international standards, as required for the highly regulated pharma, medical devices and bio-sciences industries. Today Q1 Scientific can count some of the world’s top pharma companies as clients.

Four years ago, Louise co-founded her latest business venture, TriviumVet’, with Tom Brennan. TriviumVet specialises in the development of drugs and other medical devices to treat chronic diseases in companion animals. The company has already developed a treatment for gastric ulcers in dogs which is currently making its way through the regulatory process, and TriviumVet is “very close to making a breakthrough” in the development of a completely novel drug to treat a particular type of cardiac disease in cats and in dogs.

Louise was interviewed for ‘the Business of Science’ podcast by guest presenter, Mary O’Neill the weekly presenter of WLR’s business programme ‘The Hot Desk’. On being female in business in terms of International Women’s Day, Louise says,

“It’s the clichéd saying, ‘you can’t be what you can’t see’ and this is so true to form.

You need to see women doing things and for more women to do things. And while I wouldn’t like to think in any way being a woman has hampered me in what I’ve done, there aren’t that many of ‘me’. So you have to ask, why is that?  There has to be some sort of fundamental reason why more women don’t go into business, and then don’t scale their businesses, because we do see a lot of women in start-ups but they don’t scale up. But also then in other areas in terms of professional life or whatever, we are still not seeing women at the very top.”

Speaking of her own career, Louise discusses her path from when she was a dietician in Crumlin Children’s Hospital with a yearning to do something in the commercial end of science. She talks about working in her father’s shop in Waterford City which gave her a lifelong taste for sales and how she became interested in nutraceuticals through working in Cow & Gate.  This interest led her and her husband John, a vet, to put together a clinical study to see if these products could be used for animals, which was the start of what would become ‘Nutriscience’. Louise also touches on how rewarding it was to be involved in the whole area of veterinary therapeutics which “has exploded” in recent years.

Speaking of bringing this background to her business ‘TriviumVet’ and how that market has grown so much in terms of care for companion animals, Louise points out that, “We use the expression, ‘The dog in the yard outside’, ‘the dog in the house’, and now ‘the dog in the bed’. It is that humanisation of dogs has happened over the past number of years.”

On Q1 Scientific’ which was awarded the ‘Company of the Year’ award at the Waterford Chamber Business Awards 2021, Louise admits, “If you didn’t have a need for stability storage, you probably wouldn’t have known what Q1 Scientific did; that is until the Pandemic came along and offered Q1 Scientific the opportunity to talk about the expertise that they offer around vaccine storage. This delivered a few moments in the spotlight as stability storage for vaccines became very attractive.”

On building teams Louise acknowledges that, “I have been very lucky with the fantastic scientists I have been able to hire in Waterford.”

She has always offered flexible working terms to create great teams, “We are competing with the big pharma companies for our staff, so we can’t compete monetarily. Certainly, when I started Q1 Scientific, I really needed some top-class quality people and I was really lucky that I found several of them that were willing to work part-time for me, so I was able to get the best in the business by offering some flexibility. It’s the same with TriviumVet, we have a lot of scientists and really clever people. Everybody has a little bit of ownership, everybody participates, and hopefully, it’s a real team effort.”

Louise has to be even more flexible now with remote working and although she has given people that opportunity she feels that,

“There is nothing more valuable than getting the team together face to face. I would be concerned that bigger businesses will lose their culture and the ability to onboard new talent if people can’t be together.”

The artisan sourdough Seagull Bakery in...