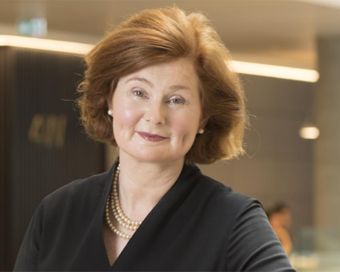 Gender diversity at senior levels in the regulated financial services sector is increasing but remains insufficient, according to the latest Central Bank of Ireland Demographic Analysis Report.

The annual publication analyses applications to hold certain senior roles within regulated firms that require the Central Bank’s prior approval under the Fitness & Probity Regime.

The Central Bank received more than 3,500 such applications for Pre-Approval Control Function (PCF) roles in 2021.

This is the sixth annual Demographic Analysis Report which breaks down the applications for regulatory approval by gender, age, and nationality.

In addition to the 2021 analysis, this report also looks back at 10 years of PCF applications since the Fitness and Probity Regime took effect in 2012.

Key developments outlined in the report include:

•Whilst progress has been made year-on-year in improving gender diversity, this progress is slow. Female representation in applications for PCF roles in 2021 stood at 31%, in comparison to 16% in 2012, the first year for which data was available.

Approximately one in six applications received in 2012 were for women, compared to just under one in three in 2021.

•Within the context of a continuing gender imbalance at board level across all sectors, the 2021 report has shown improvements. Female representation for these positions increased by 6 percentage points from 22% in 2020 to 28% in 2021.

•Applications associated with new firm authorisations continue to show a material imbalance, with a ratio of more than three to one in terms of male applicants versus female applicants.

The analysis is primarily focused on gender diversity based on the data available. While this is only one form of diversity, it is a critically important one and also strongly indicative of wider diversity trends.

Derville Rowland, Director General, Financial Conduct, said: “Whilst it is encouraging to see progress, it has been incremental over a decade, and firms simply must speed up.

We remain of the view that a lack of diversity at senior management and board level is a leading indicator of heightened behaviour and culture risks.

“Diversity extends beyond gender. Diversity, including age, ethnicity, educational and professional background, amongst other characteristics, is critical to developing an effective culture.  Higher levels of diversity of thought can mitigate the risk of groupthink, improve decision-making, and increase the effectiveness of internal challenge and openness to change within firms. This is vital in terms of firms acting in the best interests of consumers and investors.

“Given that diversity is so interconnected with risk, resilience and financial performance, it will continue to be a priority for the Central Bank.”

According to a new TechIreland report,...

The Minister of State at the Department of...