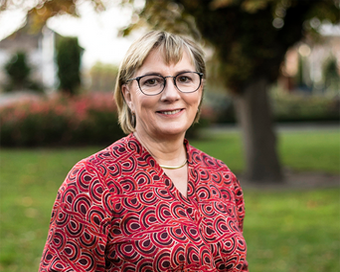 On average, almost one in three board members of ISEQ20 companies are women.

New figures from Balance for Better Business (B4BB) have highlighted the continued progress being achieved against the targets for female representation on boards and leadership teams of Ireland’s 39 listed companies.

ISEQ20 companies now have an average female representation of 32%, this is up from 18% in 2018 when B4BB was established.

B4BB is a Government sponsored, business led group whose aim it is to ensure that more women play a role at board level and in senior leadership teams.

Leadership teams are also on track to meet their targets, with ISEQ20 companies averaging 26% female representation and other listed companies achieving 21%, 1 percentage point off the target of 22%.

Appointment rates to leadership teams are on average lower than the board appointment rate at 29% overall, which emphasises the need for firms to have a continued and long-term focus on succession planning and pipeline development.

Commenting on the updated figures the Tánaiste said: “This year’s theme for International Women’s Day is ‘Break the Bias’, focusing on how we can create a world free of bias, stereotypes and discrimination.

The leadership of any organisation sets the tone for all members which is why it is so important that women are given equal representation on leadership teams.

I launched Balance for Better Business in 2018 and although we have seen some significant progress since then, the share of women on the largest listed company boards has gone from 18% in 2018 to 32% today, for example, there is still much more to do.

Co-chair Julie Sinnamon commented on the impact of the voluntary, business-led approach in achieving progress: “Continued progress towards targets is very encouraging and supports our view that the voluntary target approach is working for Irish business.  We would like to see many more individual companies reaching targets and enhancing their gender representation at all levels in their pipelines to ensure a consistent supply of future talent for leadership teams and for boards.

Co-chair Aongus Hegarty highlighted the need for long-term focus on succession planning at board and leadership level to drive sustainable change: “We are pleased to see that the metrics are moving in the right direction however,

the gap between progress on boards and that of leadership teams highlights the need for a programmatic and measurable approach to be put in place to address this issue.

The positive trend demonstrates that change can be achieved but in order to have long-term, sustainable  progress we need a focus on succession planning at both board and leadership levels. The fact that the number of female Chair, CEO and CFO appointments is low shows that there is still a significant amount of work to be done.  We are moving in the right direction but need to remain focused on the targets and what needs to be done to achieve them.”

On International Women’s Day, the Law...