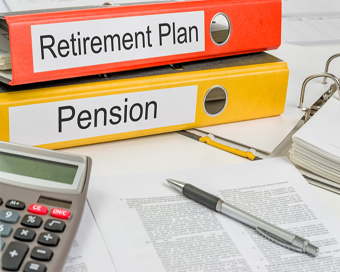 The average woman’s pension pot is 51% less than their male counterparts, according to new research conducted by retirement experts Standard Life. Although women are consistent in contributing to their savings, they’re not contributing as much. This is resulting in a significant difference in female pensions compared to men.

The Standard Life Retirement Pulse, which surveyed over 1,100 people across Ireland, revealed that the average pension pot for women is €89,000, whereas for men the average is €170,000.

Despite being more likely to contribute monthly, women are contributing approximately €63 per month less on average. They are also less likely to feel confident that they’re taking the tax relief available on their contributions (35 v. 43% of men). Almost a quarter (24%) don’t feel confident that they’re making the most of their pension. Conversely, the findings highlight that men have more confidence in their pensions and are more likely to keep up to date with how their funds are performing.

The findings highlight that a deficit in both contributions and financial confidence is leaving many women short-changed and emotionally burdened throughout their retirement planning journey.

The Retirement Pulse revealed over half (56%) of women of all ages reported feeling anxious when thinking about their finances and it would appear pensions are a contributing factor. Women who report feelings of financial anxiety are less likely, than those without, to feel that they can live comfortably off their pension (40% v 14%). Unsurprisingly then they are more likely to be concerned they won’t be able to retire (54 v. 40%). Those without a pension were more likely to report feelings of anxiety (61%)

More than a quarter (27%) of men think of themselves as investors whilst over half (51%) disagree with this statement. In fact, the majority of women (58%) say they wouldn’t know where to begin with investing. Interestingly, it would appear that financial anxiety has a crippling effect on financial assertiveness as women who report feeling anxious about their finances are more likely to say they wouldn’t know where to begin (71%)

Women are more likely to be looking forward to retirement, with 61% of women excited to embrace retirement compared to just 45% of men.

This gender difference is consistent across all characteristics such as employment status, income and pension ownership.  In fact, almost a third of men (32%) do not find the idea of retirement appealing.

Spending more time with family is the second most popular aspiration (48%). This is followed by using retirement as a time to learn new things and skills (34%)

Men are more likely to indicate a desire to continue working in retirement (37% v. 27%)

Despite being more likely to be looking forward to it and having plans to make the most of it, women continue to be less likely to have a plan and feel prepared. 44% of women have no retirement plan and feel unprepared vs. 32% of men. 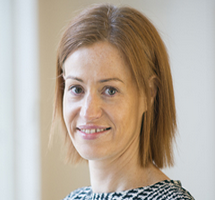 “The results from the Standard Life Retirement Pulse has further spotlighted how gender influences the retirement planning journey.

Whilst we’ve seen positive momentum in narrowing the coverage gap, the contribution deficit is significant and confidence, particularly confidence in your pension plan, is key.

The research shows that by owning and engaging with a pension, you’re less likely to report feelings of financial anxiety.”

The Standard Life Retirement Pulse is a regular piece of nationally representative research conducted by Research Plus Ltd on behalf of Standard Life.

This week, The Institute of Art, Design and...