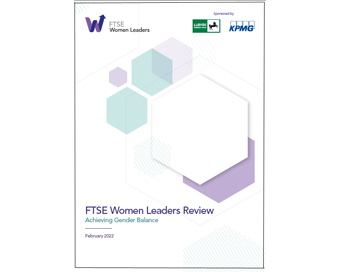 The UK has climbed to second in the international rankings for women’s representation on boards at FTSE 100 level, with new data released today showing nearly 40% of UK FTSE 100 board positions are now held by women, compared with 12.5% just 10 years ago.

The data has been published in a new report by the government-backed FTSE Women Leaders Review, which monitors women’s representation in 24,000 positions on FTSE 350 Boards and in leadership teams of the UK’s biggest companies, building on the success of the previous Hampton-Alexander and Davies Reviews.

The UK has progressed from fifth to second in the international rankings at FTSE 100 level, leapfrogging countries such as Norway, which enforces a mandatory quota system on businesses.

UK Business Secretary Kwasi Kwarteng said: UK businesses have made enormous progress in recent years to ensure that everyone, whatever their background, can succeed on merit – and today’s findings highlight this with more women at the top table of Britain’s biggest companies than ever before.

UK businesses have also continued to drive progress in their leadership teams in 2021, despite challenges faced in responding to COVID-19. There are over 700 more women in Leadership roles in the FTSE 350 companies this year, increasing women’s representation to 31.5%, an increase of 2% year-on-year.

While there has been remarkable progress at boardroom level, the report also shines a light on areas where there is still more to do.

For example, only 1 in 3 leadership roles and around 25% of all executive committee roles are held by women and there are very few women in the CEO role. Equally, there are still many companies yet to hit the former 33% target set by the Hampton Alexander Review. 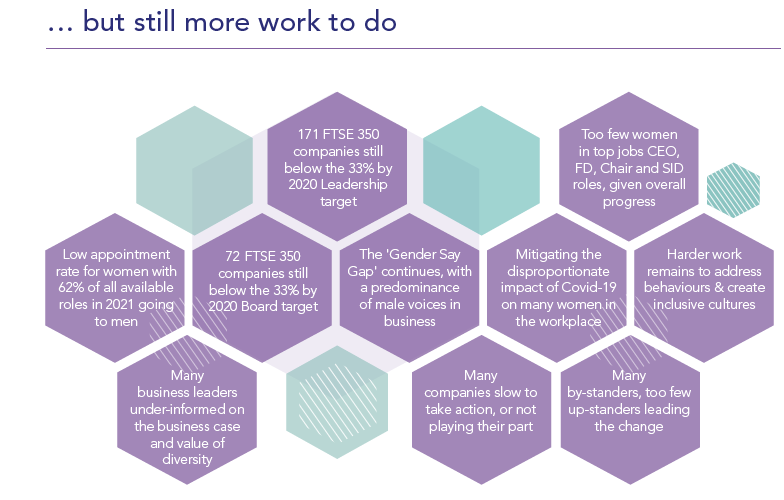 UK Minister for Women and Equalities, Liz Truss, said: It is excellent to see the progress being made, but we know there is more to be done.

To ensure British companies continue to raise their game and open up opportunities to everyone, today’s FTSE Women Leaders Review report has set out bold new recommendations, including:

These recommendations aim to increase gender balance further, bringing new focus to the appointment of women at the highest levels of British business, particularly in those companies that are still lagging behind.

We know there is much more work to do and no shortage of experienced, capable women, ambitious for themselves and their company across all sectors of business today. So while we continue to build on progress for women on boards,

we need to firmly shift focus in this next phase to women in leadership roles at the top of the organisation.

The government is also announcing today that KPMG and Lloyds Banking Group will be the corporate sponsors for FTSE Women Leaders Review in this next phase, providing important support to increase the number of women at the top of British business.

The government will appoint new Chairs to the FTSE Women Leaders Review shortly, to lead this next phase over its 4-year span.

As the workplace continues to change during...

Opening the Door to Diverse...