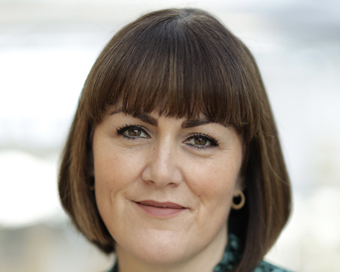 Tesco recently announced some changes to its management team in the Republic of Ireland in recognition of the strong performance, progress and significant future growth potential it sees for the market, in line with the business’ strategic priorities.

Kari Daniels’ time as Chief Executive, ROI will come to an end in April, and after a varied and hugely successful career at Tesco, she has decided to take some time out before deciding what to do next.

Kari has made a significant contribution to Tesco both in her role in Ireland and throughout her 20 years with the business, during which she has held several senior commercial and marketing roles in the UK and Europe.

On her role, Ken Murphy, Tesco Group CEO said: “Natasha has made an outstanding contribution in her role as Chief People Officer, and her appointment to the new role of Chief Executive Officer, Tesco ROI, recognises the breadth of that contribution. I have no doubt she will bring the same blend of strategic thinking and people-centricity as she leads our Irish business into an exciting future.”

Natasha is Irish, was born in Kerry and will re-locate back to Ireland with her family when she takes up her role in April, following a handover with Kari. Natasha will also sit on the Tesco UK Leadership Team.

These changes come as Tesco looks to further leverage its strategic advantages and grow its business in Ireland. Most recently, Tesco Ireland announced plans to acquire ten Joyce’s Supermarkets in Galway, pending approval by the Competition and Consumer Protection Commission (CCPC).

Over 70 influential leaders in Science,...

Irish charity WorkEqual has announced that...