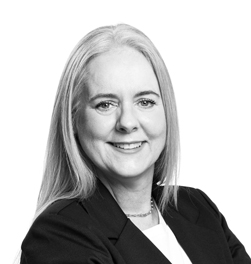 Cpl Resources Ltd. (Cpl) has appointed Seána Leech as Chief Financial Officer. Seána has been with Cpl for four years and was formerly Group Financial Operations Director.  Prior to joining Cpl Seána was General Manager of SMK Electronics (Europe) Limited where she managed the major relocation of the European Headquarters of the Japanese electronics listed company SMK Plc to Dublin.  Previous to this role she spent 10 years with the publicly listed Clinical Research Organisation ICON plc where she worked as VP of Finance and subsequently as VP of Commercial Affairs.

As part of her new role Seána will be appointed to the board of Cpl, effective immediately.

“This is a very exciting time for Cpl” said Lorna Conn, CEO of Cpl. “I am delighted to welcome Seána as Chief Financial Officer, she has a wealth of experience and a proven track record managing complex multinational finance functions, I know that she will continue to excel in her new role”.

“Taking this role really means a lot to me” said Seána Leech. “I have been with Cpl for the past four years working closely with Lorna and the Executive team and I have seen the evolution as the company expands and grows both domestically and internationally. I am excited and ready for the challenges ahead as this expansion and broadening of our offering to clients continues, I am delighted to be a part of it”.

Galway’s Noreen McKenzie has taken up her...