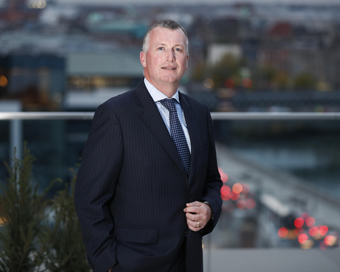 Irish businesses are growing increasingly concerned about skills shortages, the rising cost of energy, and continued economic uncertainty prompted by Covid-19, despite reporting high levels of optimism for growth in the coming 12 months.

85% of Irish businesses surveyed are optimistic about the coming 12 months, the highest of all 29 economies surveyed for the International Business Report and significantly higher than the EU average of 65%.

However, a rapid bounce back in the global economy following the easing of global Covid-19 restrictions over the past six months has brought about new challenges for businesses as they too emerge from the pandemic.

Similarly, in the competitive labour market at present, more than half (56%) of businesses report the cost of labour as a barrier to growth – more than double the 27% of businesses who reported this as a challenge in the first half of 2021.

Energy prices are also having a real impact on businesses potential for growth over the coming 12 months as 55% of Irish businesses reported this as a challenge to growth during the second half of 2021 – up from the 33% who cited it as a barrier in the first half of the year.

Overall, economic uncertainty was reported as a concern by almost half of Irish business (48%) despite the covid-19 economic recovery underway.

Speaking on the findings of the Grant Thornton International Business Report, Grant Thornton Ireland Managing Partner Michael McAteer (pictured) said, ‘Businesses remain optimistic for the coming year as the recovery from the pandemic prompts an increase in demand but we’re seeing increasing concern and new challenges to growth in spite of this. Skills and talent shortages, rising energy and therefore production costs, and the increasing cost of doing business as markets return to more stable trading patterns, are of great concern.

‘From a labour perspective, there is a skills shortage globally in a number of sectors that represents a major challenge for businesses in terms of growth, including here in Ireland, and the lengthy visa-processing times and other red-tape hurdles have only exacerbated this issue. Rising costs of doing business, rocketing energy prices and supply chain challenges also hinder the growth prospects in a variety of sectors and industries.

‘But with business optimism climbing to a three-year high, and many businesses insulating through new business processes and digital transformation, there is hope for businesses to continue growing in both domestic and international markets over the coming year.’

International trade continues to be an important pillar of growth for many Irish businesses.

Over a third (37%) of Irish businesses expect to increase exports in the coming year – a significant increase on the 15% of participants who reported this in the second half of 2020.

In terms of revenue, the United Kingdom was noted as the market to bring in the highest revenue. However, the United States was identified as the key location for market opportunity.

Candidates in the Driving...

Lack of Face Time with...

2 in 3 professionals have reported that they...