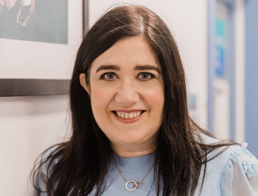 Galway’s Noreen McKenzie has taken up her position as the National President of Network Ireland for 2022, following the group’s AGM at the weekend. She succeeds Waterford’s Aisling O’Neill and will be working with almost 1,200 members in 14 regional branches throughout the year.

Noreen is Associate Director with Sherry Fitzgerald Financial Services and has worked in the broker market for over 20 years in sales and management roles. The Ballaghaderreen native has extensive experience in the public, private and charity sectors. She first joined the Galway Branch of Network Ireland in 2015 and was Galway Branch President in 2017.

Noreen has chosen the ‘Power of Belief’ as the overarching theme for her presidency. She said, “Sometimes as women, our self-belief can falter and this is where the belief of our network colleagues can be invaluable to push us forward, take the risk, face the fear and thrive. Our own opinion of our ability or lack of ability is often what is holding us back, so I want to harness the support available from our fellow Network members to help drive us all forward. As women with strong self-belief, we can achieve anything.’’

Noreen’s priorities for 2022 include reaching more women from diverse communities and backgrounds across the country. As National President, Noreen plans to actively encourage people to join the organisation who might never have considered signing up before, but who would benefit from the professional and social support built up over the years at Network Ireland. The organisation recently signed up to Diversity Charter Ireland as part of its commitment to diversity, equality and inclusion.

Noreen paid tribute to outgoing President Aisling O’Neill, “It was wonderful to see Network Ireland evolve and grow under Aisling’s leadership. She brought a wealth of entrepreneurial experience with her and I am looking forward to building upon what she has achieved especially in the areas of diversity and inclusion. It is an exciting time for our organisation. Next year will be the 40th anniversary of the foundation of Network Ireland, so 2022 will be a pivotal year in planning our celebrations.”

Network Ireland has also confirmed it is continuing its partnership with AIB. Catherine Moroney, AIB’s Head of Business Banking Market said, “This is AIB’s tenth consecutive year as the official national partner of Network Ireland. During that time we have continued to be inspired by the exceptional women who make up this pioneering organisation. We’re delighted to work together in 2022 as this unique business network evolves, grows and looks towards its 40th anniversary celebrations next year.”