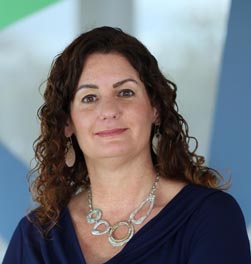 Kroll recently announced that Gráinne O’Farrelly has been promoted to CEO of Kroll (Ireland) Management Company.

Gráinne is also Managing Director of Financial Services Compliance & Regulation in the Dublin office located on Stephen’s Green. She also acts as a Designated Person performing management functions for a number of UCITS and AIFMs.

Prior to Kroll, Gráinne oversaw a large multi-functional team in the regulation department of Euronext Dublin (formerly the Irish Stock Exchange) and led a number of regulatory initiatives to ensure the integration of investment funds on a cross jurisdictional basis.

Gráinne began her career in Investors Bank & Trust in Dublin and Boston and joined Grant Thornton (formerly RSM Robson Rhodes) in 2000 where she headed up the listing team as a director until 2010. She is a member of Women in ETF’s Mentoring Group; a member of EFAMA’s European Fund Classification Forum (EFCF) group, and has lectured on Funds in the Law Society.

Galway’s Noreen McKenzie has taken up her...