The Realities of Challenging Discrimination in the Workplace

A public consultation on the Equality Acts is currently open for submissions, the outcome of which will shape a review of the functioning of the Acts and their effectiveness in combatting discrimination and promoting equality. As the deadline for submissions fast approaches [8th December], consideration must also be given to making practical reforms that make it easier for people to enforce their rights under the Acts.

If a person feels they have been discriminated against, harassed or victimised in the workplace or when applying for work, they can make a complaint to the Workplace Relations Commission (WRC), which is the forum that decides on employment equality cases. The WRC will examine the complaint and make a ruling on it.

In reality however, individuals face an uphill battle in enforcing their rights under the Employment Equality Acts.

The first major barrier is lack of awareness. Many people who experience discrimination in the workplace are simply unaware of their rights and unsure of where to turn for help. Last year, for example, there were declines in the number of employment equality complaints to the WRC in relation to age (-54%), gender (-35%), disability (-12%) and religion (-61%). While there is no doubt that much of this decline can be attributed to the unprecedented circumstances created by Covid-19, it is a concerning drop and demonstrates how important it is that both employers and employees understand their rights and duties regarding employment equality law.

A second barrier is reluctance to “take on” an employer. There are lots of reasons for this but a key reason is financial. It is not currently possible to access legal aid for cases before the WRC, so individuals must either represent themselves or pay for a private solicitor.

This places employees who cannot afford to pay for a solicitor at an immediate disadvantage. For example, if a woman working in a supermarket is fired from her job after telling her employer she is pregnant, she will not be entitled to legal aid. If she is not in a union and cannot afford a private solicitor, she may have to represent herself against a team of employment lawyers. It is simply too much to expect people in cases like sexual harassment, pregnancy discrimination or complex equal pay cases to have the resources or capacity to represent themselves.

A third barrier is the complex and technical nature of employment equality law. The WRC requires written submissions in advance in employment equality claims, creating an often insurmountable barrier for claimants who are not expert in the area. The short time period within which claims must be submitted to the WRC also creates challenges. Most claims must be submitted within six months, with an extension to 12 months in very limited circumstances. For an individual who is emerging from a difficult experience, or still in the middle of it, this is an extremely tight deadline.

The scope of the current public consultation is vast, encompassing at least nine pieces of legislation, which we will not go into detail here, suffice to say that a robust and accessible system of equality law will require built-in periodic reviews to incorporate ever-evolving societal changes and an increasingly diverse population in terms of ethnicity, class, gender etc. It will require a re-examination of the many exemptions contained in the existing equality legislation. Exemptions allowing for discrimination in certain circumstances are currently too broad and nebulous. Any exemptions should be narrowly defined and serve to level the playing field rather than allowing employers too much scope to avoid their obligations under the legislation. The scope of the Equality Acts will need to be expanded, to include new grounds such as discrimination on the basis of socio-economic status, while also recognising the intersectionality of discrimination. Finally, the legislation must provide for meaningful compensation as a deterrent to discrimination by employers.

These may have been unprecedented times, but for too long, too many people experiencing discrimination have been unaware of their rights and have been faced with significant challenges in vindicating those rights. Rights that are fundamental to living and working with dignity. Supports must be put in place to ensure that that all groups in Irish society can access justice and adequately participate in the workplace disputes process.

The public consultation on the Equality Acts can be accessed here and the deadline for submissions is tomorrow, 8th December 2021. 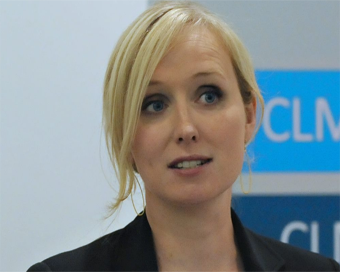 About the author: Rose Wall has been the CEO of Community Law & Mediation (CLM) since 2013.  CLM is an independent, community-based organisation that works to empower individuals experiencing disadvantage by providing free legal, mediation and information services. At a national level, it seeks to have a wider impact through campaigns for law reform and by acting as a resource for other advocacy organisations.

As a long-term reader of Women Mean...

With the deadline to the comply with gender...