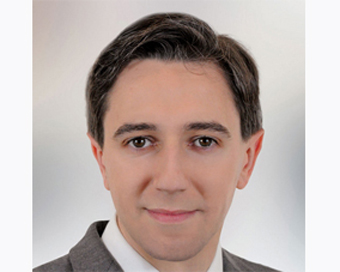 This announcement is being made under Cycle 2 of the Senior Academic Leadership Initiative (SALI), the goal of which is to accelerate progress in achieving gender balance at the senior academic level in Higher Education Institutions and brings the total number of posts awarded under SALI to 30. First launched in 2019, the SALI forms part of a suite of initiatives to progress gender equality in higher education, as set out in the Gender Equality Taskforce Action Plan 2018-2020.

“Championing equality and diversity is one of the key goals of my department. The Senior Academic Leadership Initiative (SALI) is an important initiative aimed at advancing gender equality and the representation of women at the highest levels in our higher education institutions.

“I am delighted to announce that seven of our institutions have been successful under this second SALI call, securing an additional 10 posts.

“The posts awarded span a range of disciplinary areas, from Biochemical Engineering, to Sustainable Geoscience, Intersectional Humanities and Pharmaceutical Engineering. These posts will not only have a significant impact in terms of gender equality, but they will also contribute to wider societal goals through research and education.

“I have no doubt that the Senior Academic Leadership Initiative will attract outstanding applicants from within the higher education sector in Ireland and internationally.”

The posts now being announced were approved by an expert international assessment panel chaired by Professor Chantal Davies, Professor of Law, Equality and Diversity in the School of Law at the University of Chester. Further posts under SALI Cycle 2 may be approved from a reserve list in 2022.

Recruitment of these posts will now be initiated by the relevant HEIs. The recruitment process in each HEI will take place to the highest standards of assessment, evaluation and rigour consistent with the seniority of the posts to ensure the quality and excellence of the appointments made in due course.

In August 2020, the remit of the HEA’s Centre of Excellence for Gender Equality was expanded to cover all areas of equality, diversity and inclusion. As part of this extended remit, the HEA has been working with stakeholders to advance work in the area of race equality, in addition to continuing its role in supporting sustainable change on gender equality, by providing centralised support for institutions, sharing of good practice, and funding innovative organisational and cultural change initiatives nationally.

Minister Harris concluded: “This initiative is one of a number of actions in the 2018 Gender Equality Taskforce Action Plan aimed at bringing about sustainable organisational change and empowering a culture of gender equality in higher education institutions.

“I am pleased to see the progress that has been made across the higher education institutions in embedding this culture of gender equality. It is vital that this momentum is maintained and that we also work holistically in addressing all aspects of equality.

“I’d like to thank the HEA and members of the international advisory panel for their expert input to the SALI process.”

Mulligans open their first pharmacy in...