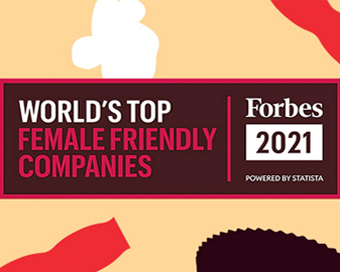 The American iconic company Hershey announced that it has been ranked ‘#1 on Forbes’ list of the ‘World’s Top Female Friendly Companies’, spearheading a roster of 300 honorees to include the likes of Spotify (#6), Zoom (#9), Diageo (#15), Estée Lauder Companies (#19) and Salesforce (#20).  According to Forbes, of the 300 companies listed, only 20 are helmed by a woman!

Being recognised at the top of this list by Forbes illustrates firsthand Hershey’s longstanding commitment to diversity, equity and inclusion, believing DEI is mission critical to the company’s long-term success. CEO Michele Buck was the first woman to lead the company in its 127-year history when she was promoted to the top job four years ago. The Hershey Company is headquartered in Hershey, Pa., and is an industry-leading snacks company with approximately 17,000 employees around the world. It has more than 90 brands that drive more than $8 billion in annual revenues, including such iconic brand names as Hershey’s, Reese’s and Kit Kat®.

“Guided by The Pathways Project, we continue to advance progress around gender equity – a core component of our greater DEI strategy,” said Alicia Petross, Chief Diversity Officer of The Hershey Company.

“At Hershey, we are more than female friendly – we are female forward.

This recognition comes on the tails of the company’s 2020 milestone of achieving a dollar-for-dollar aggregate pay equity for both salaried women and people of color in the United States.

In addition to pay equity, Hershey has made several other notable outcomes to support women including the formation of a women’s business resource group, the expansion of family-focused benefits like fertility benefits and paid paternity leave and the establishment of career development programs for underrepresented groups.

As reported in Hershey’s 2020 Sustainability Report,

By 2025, The Pathways Project plans to achieve aggregate dollar-for-dollar pay equity for salaried employees worldwide and seeks to increase representation of Hershey’s employee base so that 47 to 50 percent of employees are women and 30 to 40 percent are people of color. Similarly, the company aspires to have 15 to 22 percent People Leader roles occupied by people of color and 40 to 42 percent by women. 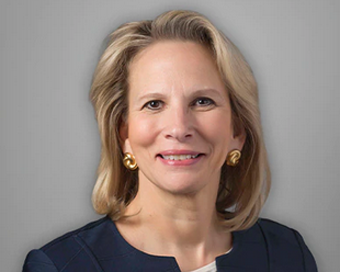 Since taking the reins as CEO nearly five years ago, CEO Michele Buck – included in the small percentage of women CEOs in the Fortune 500 – has led from the top to ensure DEI is a priority throughout the company, from the boardroom to production line floors. The company’s commitment to gender equity and diversity has been solidified under her leadership and today is even more deeply rooted in the company’s corporate culture than ever before. Hershey sees diversity as a key source of energy and innovation and is committed to fostering an inclusive environment where all employees around the world can bring their whole selves to work each day.

Methodology for the ‘World’s Top Female-Friendly Companies
To compile the list, Forbes teamed up with market research company Statista who surveyed 85,000 women in 40 countries. All surveys were anonymous, allowing participants to openly share their opinions. Respondents were asked to rate their employers’ performance on gender-related criteria and their willingness to recommend their employer to others. They were also asked to evaluate other employers in their respective industries. Statista also asked respondents to rate companies based on their corporate responsibility, marketing campaigns and public perception, as related to gender equality. The final list ranks the 300 companies that received the most recommendations and boast the most gender diverse boards and executive ranks.

We are all familiar with the fact that women...