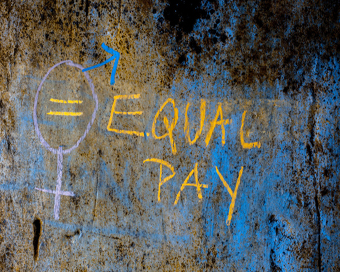 We are all familiar with the fact that women in the European Union still earn less than men on average. For every 1 euro men earn, women earn 86 cents. This year, European Equal Pay Day fell on 10 November.  Research undertaken by the European Commission  showed that 90% of Europeans think that it is not acceptable that women are paid less for the same job as men and only 26% of Europeans are aware of the legal guarantee of equal pay for equal work in their country.  Interestingly, 48% of Europeans are comfortable with the idea of negotiating their salary. However, men (at 53%) are more comfortable than women (at 43%)  with negotiating.

Today (November 18th) it is Equal Pay Day in the UK. The national campaign is led by Fawcett Society – the UK’s membership charity campaigning for gender equality and women’s rights at work, at home and in public life. Today marks the day where women effectively on average, stop earning relative to men because of the gender pay gap.

The gender pay gap is the difference between the average pay of men and women within a particular group or population. Fawcett uses the mean, full-time, hourly gender pay gap for the UK to calculate the gender pay gap for Equal Pay Day which this year is 11.9%, an increase from 10.6% last year. That figure was 13.1% before the pandemic hit.

As part of this year’s Equal Pay Day 2021 campaign, the Fawcett Society is calling on employers to take the #EndSalaryHistory pledge: stop asking new recruits how much they were paid in their previous jobs.

Asking for salary history is a recruitment practice that bakes in gender, race and disability inequality. It is self-perpetuating system that allows for biases. Rather than offering a salary based on skills, experience and performance, but on an individual perceived worth and negotiating skills.

#EndSalaryHistory is a grassroots campaign, started by Fawcett East London. It was sparked after conversations within the group highlighted the impact of the salary history question on women’s ability and confidence to negotiate better pay.

•Just a quarter (24%) of people feel that pay should be based on past salary, compared to 80% for their skill and responsibilities and 77% for the value of the work they do.

There is clear evidence to show that ending the recruitment practice works to tackle pay inequality – it is a simple, low-cost step that organisations can take to close their gender pay gap.

Employers can be a champion for equal pay by ending the practice of asking for salary history. It is a simple measure to implement and importantly, it works. Whilst it won’t end the gender pay gap on its own, it will make real difference to tackling pay inequality.

Many employers don’t realise that by asking for someone’s salary history, they are perpetuating the gender pay gap.

While some employers do use salary questions for other purposes, like benchmarking, research shows that they are an unreliable source of information because applicants are not always truthful in their responses.

The average working-age woman in the UK...