Helping to Break the Silence! 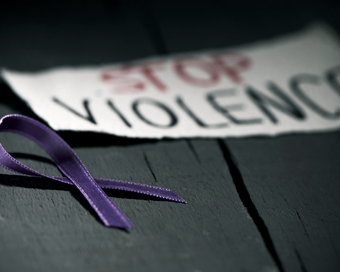 This is a multi-faceted partnership with financial and non-financial supports, including the internal training of all senior managers at Allianz, a domestic abuse policy and supports for their 650+ workforce, and financial support for Women’s Aid consisting of a public awareness campaign, funds donated etc.  This reflects Allianz Insurance’s commitment to securing people’s future no matter what.  Allianz is putting a specific focus on social impact, in particular gender inequality, as domestic abuse is both a cause and consequence of gender inequality.

The issue of domestic abuse, which can take violent and non-violent forms (coercive control, financial abuse) became more prevalent during the pandemic with over 29,700 contacts with Women’s Aid in 2020 resulting in 30,841 disclosures – an increase of 43% on 2019.

The selection of Women’s Aid as the chosen charity partner for Allianz Insurance followed research with Allianz employees and customers on the right cause for the company to champion. The topic of domestic abuse was chosen as having a right fit with Allianz as protection is at the core of insurance and applying this lens of protection to potential issues that often arise within the home is a fitting extension of that remit. The Women’s Aid partnership and campaign will be championed within Allianz Insurance by company CEO, Sean McGrath, and the selection process was overseen by leading adviser on cause partnerships, Business In The Community.

Together Allianz Insurance and Women’s Aid will work to raise awareness of the resources and services available for women across Ireland who may be victims of domestic abuse in whatever form it takes.  The campaign is also targeting bystanders such as family, friends, neighbours and colleagues to learn more about all the forms of domestic abuse and how they can help women affected by this.

This work will commence with the launch today of an education and awareness campaign ‘The World’s Strongest Women’, which highlights the daily resilience, strength and courage of women who are living through domestic abuse. This advertising campaign will run across radio, digital and TV with additional campaign supports across key channels from today. This campaign is being supported by entrepreneur Norah Casey who will join forces with Allianz Insurance and Women’s Aid to work to end another taboo in Ireland and break the silence on domestic abuse.

As part of this new partnership, Allianz Insurance, with the support of Women’s Aid, has already developed an internal domestic abuse policy that will help employees and managers to identify the signals and learn the best responses for dealing with situations of actual or suspected domestic violence. Allianz Insurance will also host internal training sessions facilitated by Women’s Aid.  Designed to help people understand the underlying issues, recognise the signs of abuse, and make people aware of what resources are available to help anyone they think may be in need, Allianz Insurance’s senior leadership team has already completed the training programme.  It is now being rolled out to the entire Allianz Insurance team in Ireland across call centres, offices, service teams, and for remote and hybrid working teams.

Speaking about the partnership with Women’s Aid, Sean McGrath, CEO of Allianz Insurance, said:  “Ireland has broken taboos on so many topics in the recent past, but it is staggering to learn that fear of what neighbours may think remains a primary concern for women living through domestic abuse.

Breaking the silence and ending another taboo will be among the most meaningful things we can do to support the world’s strongest women, those women experiencing domestic abuse.

We hope that through this campaign, the women who live in or experience these difficult and traumatic situations realise that support is here to help them reach a better now and a better tomorrow.”

Sarah Benson, Chief Executive of Women’s Aid, continued: “Since our foundation in 1974, Women’s Aid is committed to working in co-operation with leaders at all levels in our community.

Together we can create a zero tolerance in Ireland for all forms of gender based violence, including the scourge of domestic abuse.

We are simply delighted to join with Allianz to further this goal. With the combined innovation of public awareness, internal policy development and training, this partnership represents a wonderful model of how companies of any size can collaborate with specialist services to generate a positive change for their employees, their customers and our wider society.”

The new ‘World’s Strongest Women’ campaign will include a series of adverts running across television, digital and radio from 29th November, and will include information about supports available. For more information visit https://www.allianz.ie/womensaid

Information on Women’s Aid additional services are available at: https://www.womensaid.ie . The 24hr National Freephone Helpline listens, believes and supports anyone affected by domestic abuse and also signpost callers to all local specialist services around the country.

Minister of State for Trade Promotion,...